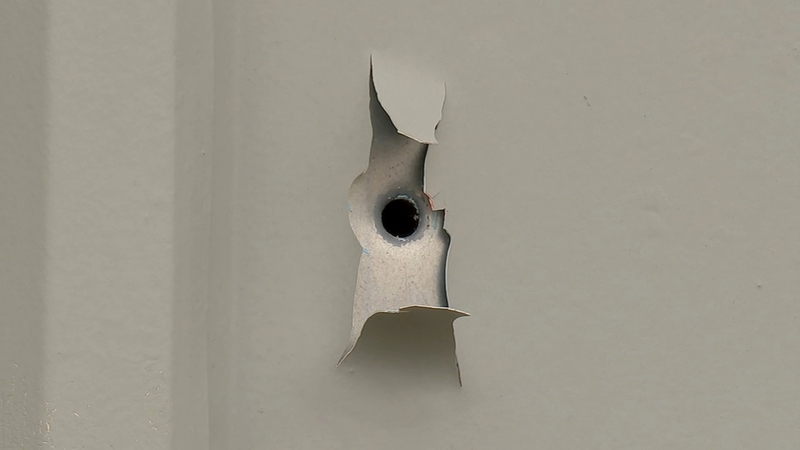 HOUSTON, Texas (KTRK) -- A bullet hole in the side of St. Bernard's Pub serves as a grim reminder of just how close a bar owner was to losing his life.

On Easter weekend, Sanchez and volunteers had just finished making Easter baskets for kids, when a bullet came flying through the bar.

"The next thing you know, the person in front of me was saying he was shot in the arm. He had blood coming down," said Sanchez.

That's when Sanchez realized he'd been shot too. Police said that night, there was a brawl, which sent one bullet into a Metro bus and another bullet into the pub. Another bullet struck a man riding his bike in the area, more than a mile away.

"It was not expected. It's not as if anybody came through the door or (it was) a robbery or anything like that," Sanchez said.

It's this type of crime that could happen to anyone that is especially concerning to people in the area. With violent crime up, Houston police officers are increasing patrols in areas deemed as hotspots and they have specific units on the lookout for drug deals and gang activity.

Sanchez said since the shooting, he's noticed an increase in law enforcement officers in the area.

"In the aftermath, I noticed more, as far as, police cars parking across the street from us, in the parking lot, driving around," said Sanchez.

Sanchez is just grateful he's still here and able to share his story.