2 killed, 5 injured in 5 separate shootings across the Houston area overnight 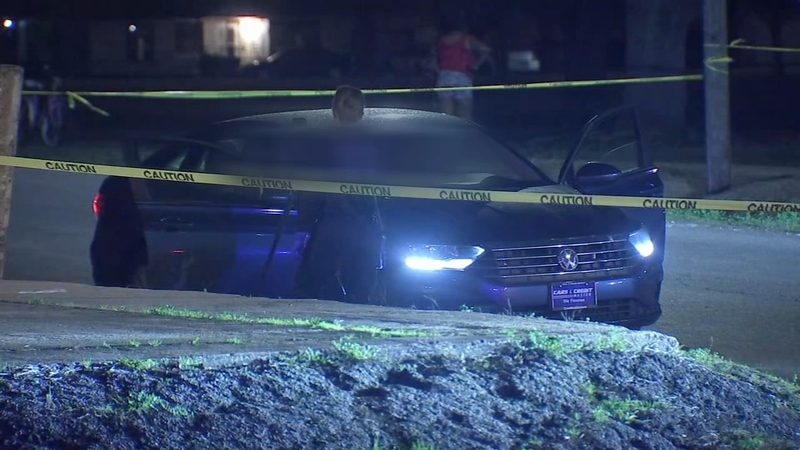 At least two people were killed and five others were injured in the separate incidents.

The crime rate across the Houston area has been under scrutiny over the past year. Just three weeks into 2021, at least 10 teenagers in the Houston area have lost their lives because of gun violence. That's the highest number over that time period in the past five years.

Harris County Sheriff's Office deputies responded to a shooting at Barker Cypress and Clay Road before 8 p.m. Sunday in a McDonald's parking lot.

Sheriff Ed Gonzalez said in a tweet that a fight broke out between a 55-year-old man and possibly two others.

The man was shot multiple times and taken by LifeFlight to the hospital in critical condition.

The suspect(s) fled the scene, according to Gonzalez.

Captain J. Shannon asked anyone with information to reach out to the Harris County Sheriff's Office.

@HCSOTexas units are investigating a shooting at Barker Cypress & Clay Rd, the parking area of a fast food restaurant. Initial info: fight broke out between a male & possibly 2 others. The male (55) was shot & is being LifeFlighted in pic.twitter.com/tWcSVJmCKs

District 4 responded to a shooting at McDonalds 3971 Barker Cypress Rd. An adult male was found shot multiple times. The victim was life flighted to in critical condition. If you have any information please contact HCSO. @SheriffEd_HCSO@HCSOTexas @HCSO_LECommand @HCSO_D4Patrol pic.twitter.com/Wv8a4ktJLD

On Houston's southside, another shooting left one man dead and a second person in the hospital.

The victim was found dead in a car on Reed Road near Noel around 8 p.m. Sunday.

A second victim was found shot. He was transported to the hospital and is expected to survive.

Police have no word on a motive or suspect(s). They plan on talking to the surviving victim for clues and looking for surveillance video of the shooting.

Southeast officers are at a shooting 5200 Reed. One adult male deceased at the scene, second victim transported to hospital. 202 pic.twitter.com/7VLqLnExRQ

In southeast Houston, a man was found shot to death in the parking lot of an apartment complex on Broadway near Bellfort.

Police responded to a shooting call around 9 p.m. Sunday. They say the gunman ran away.

The suspect is believed to be a man the victim got in a fight with earlier in the day.

Southeast officers are at a homicide scene 8400 Broadway. Adult male deceased at the scene. 202 pic.twitter.com/nHKZcfYSjz

Houston police responded to a drive-by shooting in the 3300 block of Anita Street around 11:30 p.m. Sunday.

Police say a man and a woman were shot.

Information about what led up to the shooting and a potential suspect(s) was not released.

South Central officers are at a shooting 3300 Anita. Adult male and female shot in drive by shooting. 202 pic.twitter.com/b5RgbfCaBs

Around 2:45 a.m. Monday, police responded to a shooting call in the 6600 block of Laredo in northeast Houston.

Police say two men got into an altercation in the middle of the street.

One of the men pulled out a gun and shot the other man, police say.

The suspect took off on foot and the victim was transported to the hospital with non-life threatening injuries.