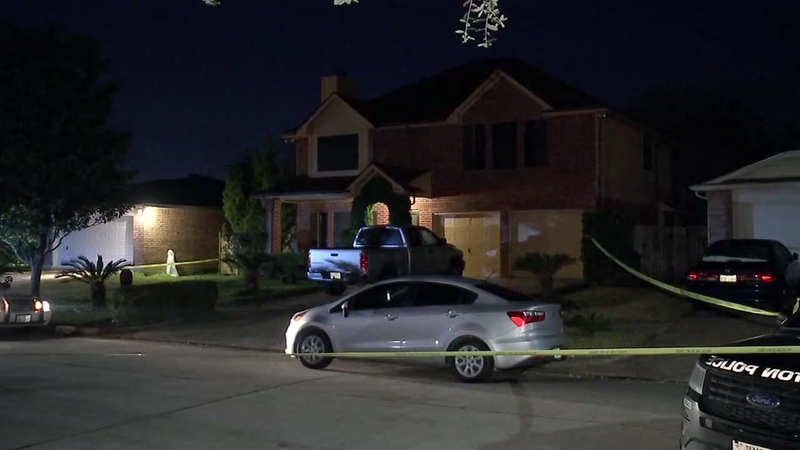 HOUSTON, Texas (KTRK) -- A 17-year-old was fatally shot by a relative during a disturbance among family members in southwest Houston, police say.

It happened just before midnight on River Bluff and Wood River Drive.

Police said a man and his nephew, Drew Conley, were arguing inside a home, then shots were fired.

"I was studying for finals and the next thing I know, the cops are outside. It was strange. It was a shock," neighbor Annayancy Guerrero said.

Police said the fight allegedly started with a phone conversation but ended when Conley arrived at the house.

Conley and his uncle exchanged threats, then the uncle followed Conley into his bedroom, police say.

The uncle told investigators that he was in fear for his life and that's why he shot his nephew in the leg.

Conley's girlfriend took him to the hospital, where he died.
EMBED More News Videos

Police said the teen had only lived with his aunt and uncle for a month, but they were in the process of making him leave.

Police said the uncle is being questioned and is cooperating.

The case has been referred to the grand jury. No charges have been filed.

Tough day for the MBlock Family. Thanks for every call, text, tweet, snap, Facebook and Instagram post. They have provided the comfort and encouragement needed in this time of tragic loss. Rest well, @DrewConley27.
We will miss you. #Remember3 #DR3W pic.twitter.com/2jl8kZum7W

They released the following statement to parents:

Dear Marshall High School Family,
It is with great sadness and a heavy heart that I am writing to you today. Today, we learned that one of our students unexpectedly passed away overnight. Our deepest condolences and thoughts go out to the family and friends of our MHS student. I ask that you keep the family in your thoughts and prayers during this difficult time.
Out of respect for the family, we will not be releasing further information or the identity of the student.
As our school processes this tragic news, we have had our counselors, along with MHS staff and District crisis personnel at our campus to offer counseling and bereavement support services to any students in need of support.
The death of a student is tragic and can bring many emotions that can be difficult to process. In addition to on-campus support, students may also call the District's confidential helpline, TalkLine, at (281) 240-8255 (TALK), or text the word SPEAK to 741741 to be immediately connected to a crisis counselor. Both services are available 24 hours a day, 7 days a week.
As always, I want to thank you for your continued support, especially during this difficult time.

The Marshall Buffs are scheduled to play Friday night in San Antonio against Corpus Christi Calallen with a trip to the state championship on the line.

To honor the memory of a Fort Bend Marshall football player that was tragically killed, Calallen football players will be wearing a number 3 on their football helmet for Friday night’s Division II state semifinals game. Thank you. pic.twitter.com/esszmXCCtR

Calallen ISD announced on social media that football players will be wearing a No. 3 on their helmets in honor of Conley.