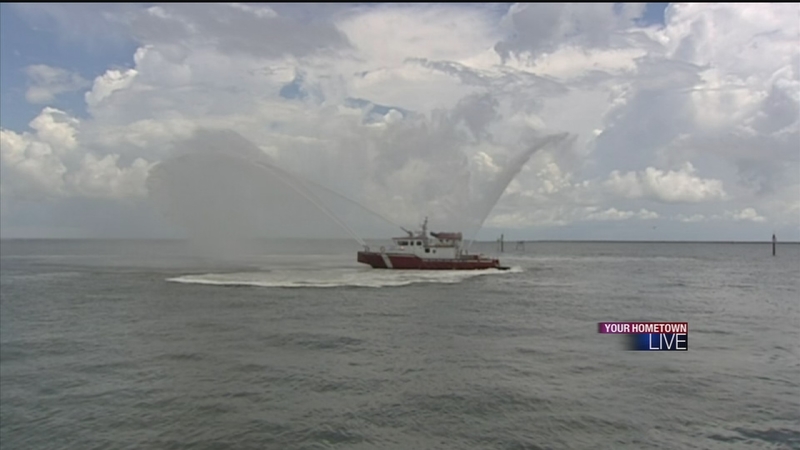 HOUSTON -- On Saturday, the Houston Ship Channel celebrates its 100th birthday with a Centennial Family Festival at the Bayport Cruise Terminal.

The event will include the history of our city. When the Allen Brothers founded Houston in 1836, they know a ship channel would be essential for Houston's success. By 1914, their goal came to fruition.

"They located it on Buffalo Bayou, which was a very small body of water, so it had to be dredged out," says Tom Kornegay, Chairman of the Board of Promote Houston Ship Channel 2014.

The city struck a deal with the federal government that Houston would pay half to create the channel, and it has grown immensely since then. "In 100 years, we've gone from a small 25-foot deep channel to a 45-foot deep channel," Kornegay adds.

Today, thanks to the Houston Ship Channel, the Port of Houston generates $178 billion annually and one million jobs.

"Our port is so large and so successful that when I travel around the country, and people ask, and 'yea, but it's not NY or LA.' I say, "In Houston, we get 8,000 Blue water ships that a year. NY and LA do about 4,500 ships.' So, if you combine what's going on in NY with LA, you're at where we are. Then, on top of that, we move 200,000 barges," said Captain Bill Diehl of the Greater Houston Port Bureau. "We are the largest chemical port in the hemisphere, largest in the world."

"The Port of Houston is really the backbone to the Houston economy and the region, and so many people don't realize it's in our backyard," says Leslie Herbst, who does Community Relations for the Port of Houston.

With all of this success, a celebration is in order, and Saturday, the Houston Ship Channel will Host the Centennial Family Festival.

"We have an educational family festival for the community to come and enjoy that are maritime and logistics related, we'll have a tug boat push of war, tug boats will be doing demonstrations, the Port Authority boat will be here doing a display. A number of distributors will be here with interactive elements and exhibits," says Herbst.