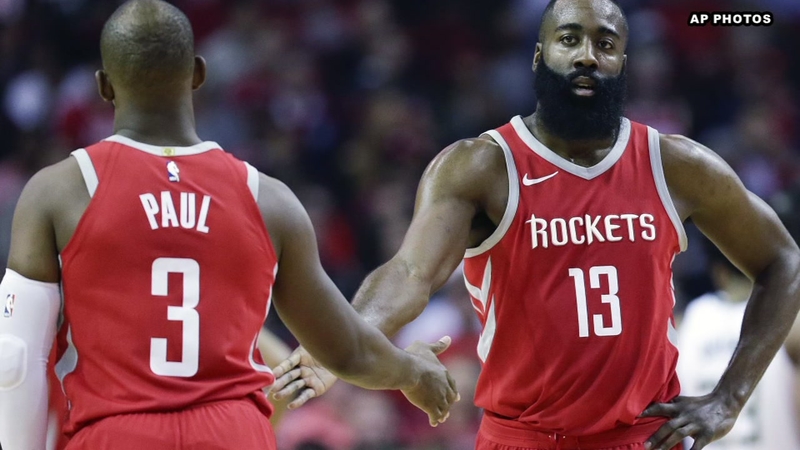 OKLAHOMA CITY, Oklahoma (KTRK) -- It's a star-studded Christmas Day showdown between the Houston Rockets and the Oklahoma City Thunder.

The Rockets travel to Chesapeake Energy Arena in Oklahoma City with the NBA's best record at 25-6.

Even through injuries to key players such as Chris Paul and Clint Capela, the Rockets have managed to stay as one of the perennial teams in the NBA and Western Conference.

Who can the Rockets thank? Mr. MVP (yes, he should be) James Harden. This week, Harden became the first player in more than a decade to score at least 50 points in back-to-back games when he scored 51 Wednesday against the Los Angeles Clippers.

For the season, Harden is averaging nearly 33 points-per-game.

In Oklahoma City, expectations were high for the Thunder coming into the season. With Carmelo Anthony pairing up with Paul George and Russell Westbrook, many expected the Thunder to be at the top of the West. Instead, the Thunder have struggled to find consistency and offensive rhythm this season.

You can watch the Christmas Day matchup at 7 p.m. on ABC13.