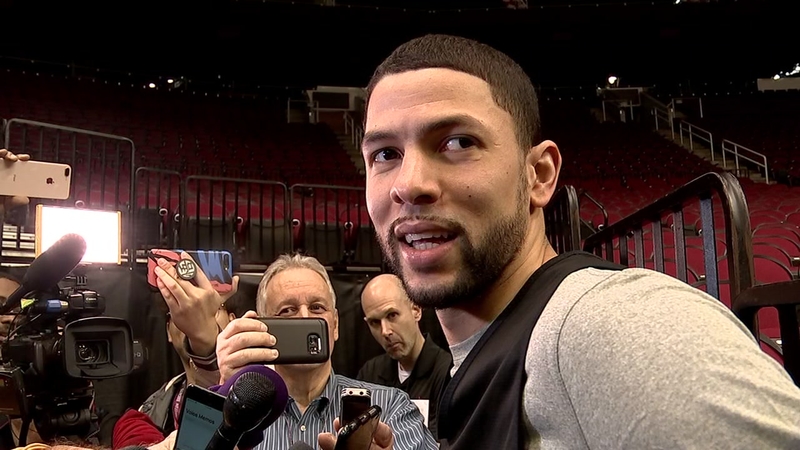 Rivers appeared in 29 games for the Washington Wizards this season, before being traded to the Phoenix Suns on Dec. 17. Rivers was released the next day.

"I'm really grateful for the opportunity," Rivers said Monday. "It was a quick stint in D.C., so I'm treating this like the start of the season for me."

Rivers will be reunited in Houston with former Los Angeles Clippers teammate Chris Paul. But concerns about how the two would get along after a post-game scuffle between Rivers and the Rockets last season were quickly squashed.

"Well if we ever play L.A., me and CP (Chris Paul) know all the tunnels," Rivers said. "This is a team I've always admired and wanted to play for."

The Rockets are currently 17-15, good enough for eighth best in the Western Conference. After Paul was ruled out for at least the next few weeks with a hamstring strain, the hope is that Rivers can ease the loss of their All-Star point guard. Once Paul returns, Rivers can shift to the bench, which is ranked as one of the worst in the NBA at just 29.5 bench points per game.

"Obviously I have a lot of playing experience with him," Rivers said. "He's very easy to play with. Playing with him and James (Harden), you're going to get great looks."

Rivers is also joining other familiar faces. The guard was teammates with Eric Gordon in New Orleans and played on the same AAU team with Brandon Knight.

"I have a familiarity with everyone on the team," Rivers said. "At this point, when you've been in the league seven years, you know people everywhere."

Rivers was with the Clippers from 2015 until he was traded in June to the Wizards. He had his best season last year, averaging 15.1 points, four assists and 2.4 rebounds per game for Los Angeles.