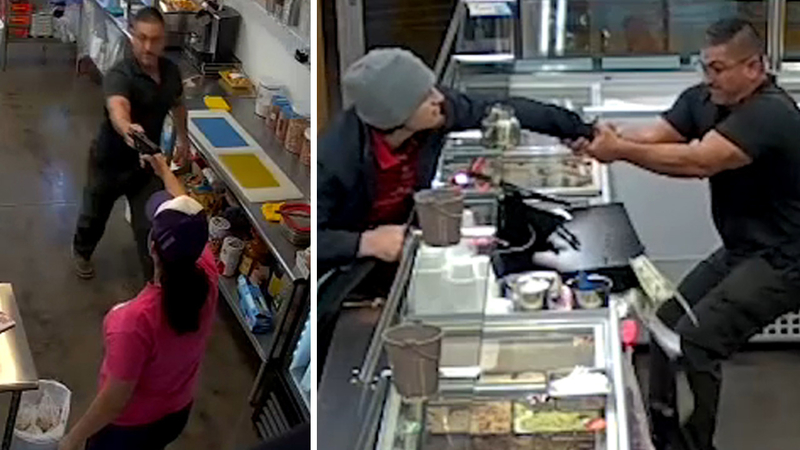 HARRIS COUNTY, Texas (KTRK) -- A husband and wife fought back as a man attempted to rob their ice cream shop. They feared the man was armed with a weapon.

It happened at La Michoacana Auténtica on Jones Road in northwest Harris County on Saturday, Feb. 1.

In surveillance video, Jorge Padilla is seen working when a man wearing a dark-colored jacket and a gray beanie begins speaking with Jorge.

As Jorge opens the cash register, the suspect reaches over and attempts to grab the cash.

His wife Nadia witnessed the attempted robbery. She calmly got up from her seat. She made sure her kids were safe in the back and retrieved her gun. She shot at the robber and the video shows Jorge chasing the suspect out of the store.

Investigators with the Harris County Sheriff's Office suspect the same man is responsible for at least seven robberies in the area. 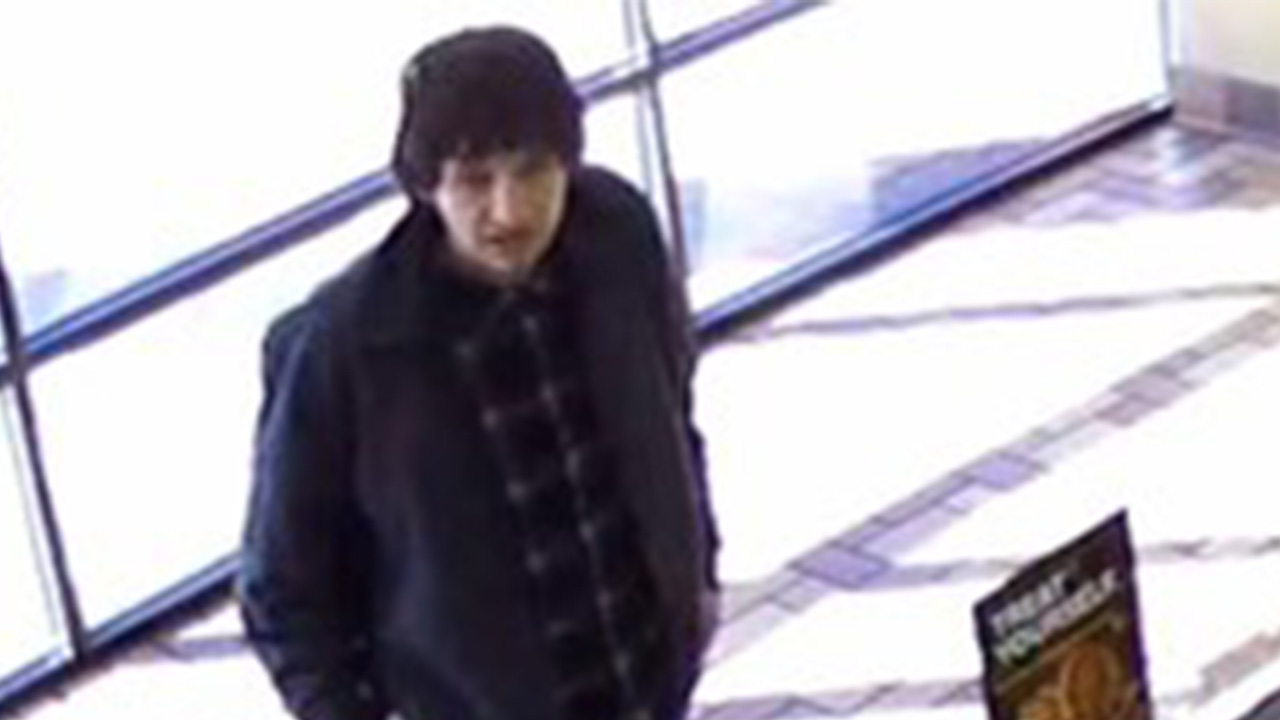 They released photos from the robbery at the Padilla's ice cream shop and from a Subway restaurant on FM-529.

Investigators said the robberies date back to early January.

They said the man is seen leaving the robberies in a late model light-colored Toyota Corolla or a small U-Haul box truck.

Anyone with information regarding these cases is urged to contact HCSO Violent Crimes Unit at 713-274-9100.