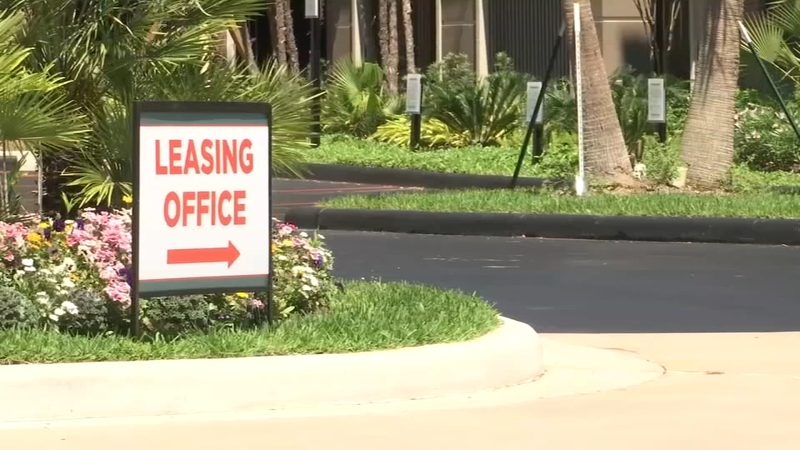 Texas portal open to register for share of $1.3B rent help

HOUSTON, Texas (KTRK) -- Houston and Harris County tenants may not be able to apply for a new rental relief program until next month, but there's another way to get help within days.

A recent U.S. Bureau survey showed more than 1.6 million Texans aren't sure how they're going to be able to pay rent.

Tealer told ABC13 she's four months behind on rent and is trying to hide the pain from her kids.

"It's stressful, but I got to be a bigger person for them not to see it," Tealer explained.

A few weeks ago, Houston and Harris County received about $140 million in rental relief from the latest stimulus bill. This week, local leaders started the distribution process. On Tuesday, the plan was on the county commission's agenda, and on Wednesday, the city council will vote on the proposal. If approved, Catholic Charities and BakerRipley will distribute the money, but officials said the portal may not be ready until the end of March.

"They know we're out here suffering," Tealer said. "Why wait until March? Why can't they do it now?"

Catholic Charities officials said it'll take time because of the requirements laid out by the federal government and local municipalities. Plus, they want to create a website that's safe, secure and can catch mistakes.

But struggling renters don't have to wait weeks.

On Monday, the state of Texas will start accepting applications for its rental program from the latest stimulus bill. There's $1.3 billion available for renters and the state's portal is already active.

Although Houston and Harris County have their own program, state leaders said residents can apply through the state. In order to qualify, renters must have been impacted by the pandemic, and the household must be 80% below the median income for the area, which is about $63,000 for a family of four in Houston.

Unlike previous programs, landlords don't have to participate, and renters can ask for help from the previous year. There's no set cap per applicant, but state officials explained the monthly rent someone can receive is capped at a rent reasonable standard based on area and household size. Those standards will be released later this week.

State officials said the money should start to be distributed two weeks after approval. But, there's a catch. If tenants go through the state's portal, they're not allowed to double-dip once Houston and Harris County open their portal in March.

But Texas won't be the only one accepting applications next Monday, Fort Bend County confirmed to ABC13, its portal will be running by Monday, Feb. 15.