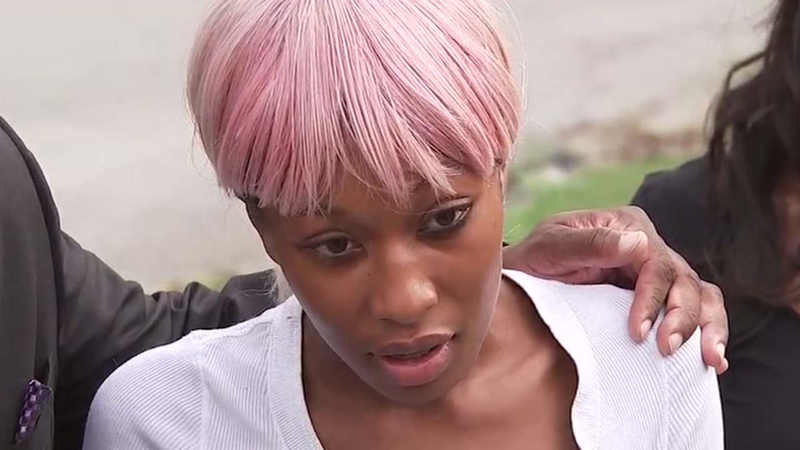 HOUSTON (KTRK) -- Houston police officials are disputing claims made by a woman who witnessed a deadly officer-involved shooting in Third Ward Tuesday night.

Investigators say the man pulled a gun on the cops last night on Drew Street at Nettleton.

HPD is saying this man had gun while the woman who was in the car when it all happened says that's just not true. But officials confirmed Wednesday night there's body camera video from the incident, and they say it appears to corroborate the officer's story.

The man died around 12:40am when a Crime Reduction Task Force were working the area of the Third Ward on assignment.

They say they spotted 57-year-old John Allen in his red pickup truck and HPD investigators say Allen ran a red light and had a broken taillight -- the initial reason, they say, for their traffic stop.

HPD says two officers approached Allen's vehicle and the officer on the driver's side commanded Allen to roll down his window, but Allen did not. That's when police say Allen was reaching into his front right pocket.

An officer says he repeated verbal commands for Allen to show his hands and Allen ignored police. Police say Allen then pulled a pistol from his pocket and that's when police fired at Allen through the window, striking him. He eventually crashed his truck into a tree.

Shanell Arterberry says she was inside the truck with Allen during the shooting. She says Allen did not have a gun and was reaching into his pocket for his wallet.

She said, "When the police came to the car, he said, 'Let me see ID,' he was reaching for his ID and he say, 'Don't move, don't move.' And he said, 'Let me get my ID, my wallet.' And the police started shooting at him. He hit that tree. When he hit that tree, I jumped out and put my hands up like this (gestures) and got on the ground. And he told me not to move. They walked over to his side, and pulled him out of the car and shot him again and he was already dead. And they put him in handcuffs and put the cover on him."

Hunt says none of that is true.

"I heard this witness and what she said and it is a complete lie. The officer walked into that vehicle after he crashed into the tree and never fired another shot," Houston Police Officers Union's Ray Hunt said.

Hunt says Allen pulled out a gun instead of a wallet.

"The officer describes the pistol and it's the same pistol that was towed from the scene," Hunt said.

Activist Quanell X, who held a news conference Wednesday, said he found bullet tips at the scene and he said he went to HPD to ask them why the bullet tips were left on the scene. Quanell X and Allen's family members are accusing HPD of not doing a thorough investigation.