Thieves steal from woman while she visited her brother's grave at west Houston cemetery: Police 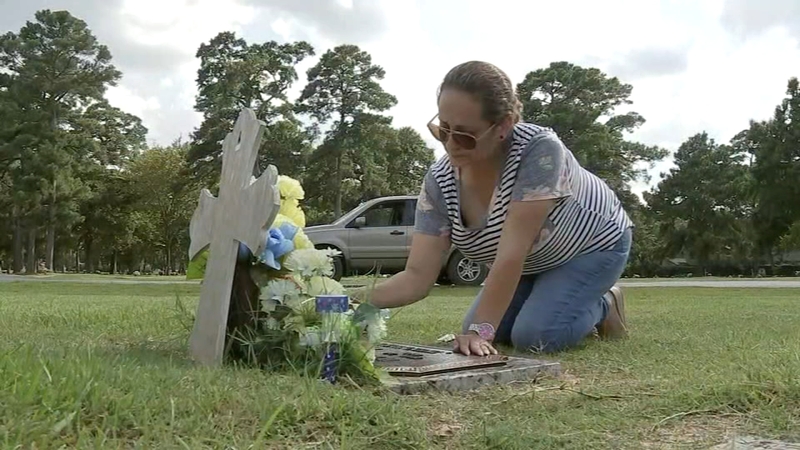 HOUSTON, Texas (KTRK) -- Police say thieves are preying on people during their most vulnerable time, while they are grieving at cemeteries.

Xiomara Ascencio, a single mother of four, is now seeking justice after her purse was stolen as she was visiting her brother's grave.

It's been 11 months since Xiomara lost her younger brother to cancer.

Now, she visits him at the Woodlawn Funeral Home and Cemetery off of I-10 and Antoine Drive in west Houston.

"I feel more close to him," she said about the visit, "I know he's not here, but I come talk to him."

On Friday, she made a visit.

She says she had just parked her car near his grave and was cleaning it off to lay flowers on it when an unfamiliar car pulled up beside hers.

She says two men got out and one opened her car door and grabbed her purse.

She says as she ran up to stop him, she saw another man holding a gun. That's when the two crooks took off.

She says she never expected it.

"This is a place you can come and cry for your loved ones," she said.

Investigators say thieves have been targeting people in cemeteries. They say it only takes a second to steal your belongings. Police recommend you take everything valuable with you.

Xiomara is sharing her story because she doesn't want this to happen to anyone else.