1 killed, 1 injured in shooting that ended in crash in Sharpstown area 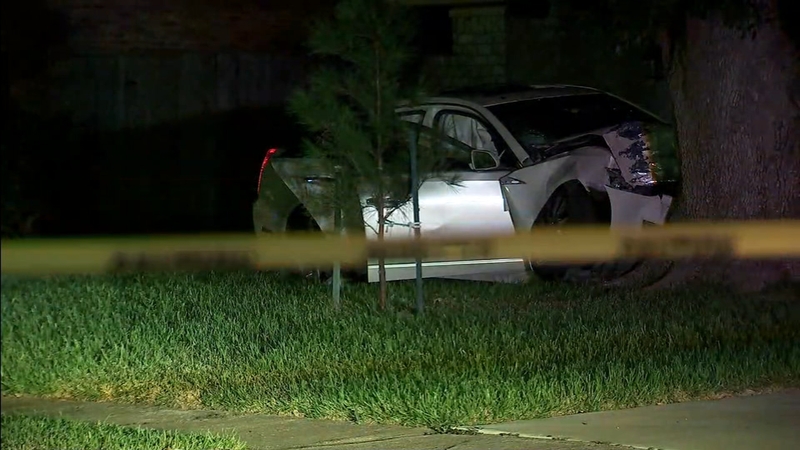 HOUSTON, Texas (KTRK) -- Houston police are investigating a shooting that ended in a car crash, killing one man and leaving another in critical condition.

According to officers, the shooting happened in the Sharpstown area in the 7700 block of Prestwood at around 6:45 p.m. Monday.

When police arrived at the scene, they said they found the car had crashed into a tree. The man in the driver's seat was dead and the man in the passenger seat was injured.

It's unclear what lead to the shooting, but police said a child was in the backseat during that time. The child did not appear to have suffered any injuries, and was taken to the hospital to be checked out.

Mid West officers are at a shooting scene 7700 Prestwood. One male deceased at the scene, second male transported to the hospital in critical condition. Small child was in the car during shooting and subsequent wreck was transported to be checked out, no visible injuries. 202 pic.twitter.com/nYOWL2ZvkP