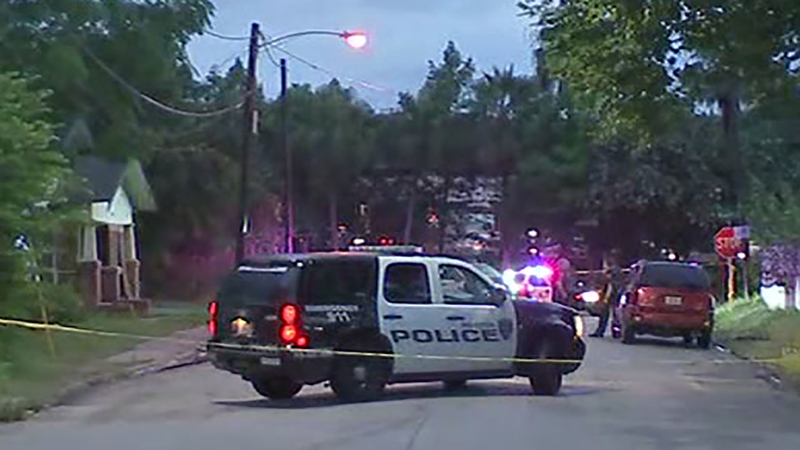 2 arrested accused of opening fire on officers in SE Houston

HOUSTON, Texas (KTRK) -- SWAT was at a home in a Third Ward Houston neighborhood, where police say multiple shots were fired at officers sitting in a vehicle earlier in the morning.

Houston Police Department said the shooting was reported at 3:20 a.m. in the 2100 block of Sampson Street near the Gulf Freeway.

Houston PD Chief Art Acevedo, who spoke from the scene, said an unmarked undercover vehicle was hit and one of the bullets struck the driver's seat where an officer was sitting. The officers did not return fire, Acevedo said.

"We had suspects that tried to kill a police officer on surveillance," Acevedo said.

HPD Chief Art Acevedo said the suspects fired several shots at an unmarked police vehicle, missing one of the officers in the driver's seat.

There were suspects who fled the scene southbound on Gulf Freeway. A traffic stop was made on their vehicle, and two people were detained.

There were no injuries reported in the shooting.

"It's been a blessing this morning that there were no lives taken, despite the fact these individuals, if you see this car with bullet holes across the entire left side, you know they were trying to kill the driver of that car," Acevedo said.

Police later served a warrant on a home that appeared to be connected to the suspects. SWAT officers were called to the residence near Sampson and Webster, where they were concentrating on the rear of the property.

Police said they encounter no one during the warrant service, but they decided not to take any chances when they called on SWAT.


Stay with Eyewitness News for updates on this story.
Report a typo to the ABC13 staff