Suspect under surveillance when he was shot to death by officer, HPD says 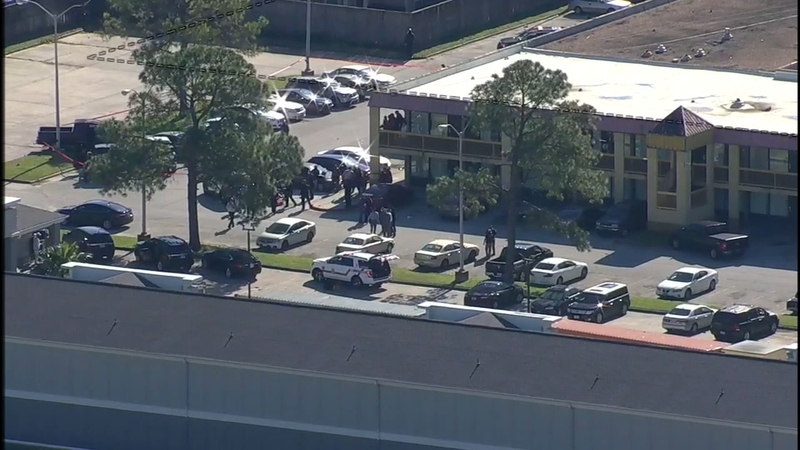 Suspect shot, killed by HPD at business along N. Freeway

HOUSTON, Texas (KTRK) -- A suspect died in the hospital after he was shot by Houston police Tuesday morning, the department announced in a briefing.

It started around 9 a.m. when officers were surveilling a crew that was recognized for having committed armed robberies in the area.

By 10 a.m. three suspects exited their vehicle and entered the business. Police were mainly in pursuit of the driver, who was wanted for multiple robberies.

As the suspects were leaving the business, police said an armed passenger exited the vehicle and raised a pistol. That's when officers returned fire and shot the suspect in the chest area.

Although the 27-year-old was given a blood transfusion, he was unable to survive the gunshot wound.

Police said he had several open warrants in Harris County and was wanted for multiple robberies.

The driver tried to flee on foot but was later caught and taken into custody. He was later taken to the hospital after complaints of chest pain.

The third suspect was also taken into custody, according to police.

HPD Chief Art Acevedo said officers found an assault rifle by the building that was ditched by one of the suspects.

This is what men and women in blue face each and every day across our Nation - Heavily armed suspects, wearing tactical vests (suspect indicated he was shot before). Our community and the brave men and women that serve them need violent criminals to be held accountable. pic.twitter.com/2PgfiRb6yJ

HPD commanders and PIO are en route to an officer-involved shooting at a business at 16510 North Fwy (I-45) service road.

Preliminary info is a suspect was shot about 10:25 am and then transported to a hospital in an unknown condition. No officers are injured. #hounews pic.twitter.com/IIz1B42KCG