Houston law enforcement on alert after attacks against Asian Americans 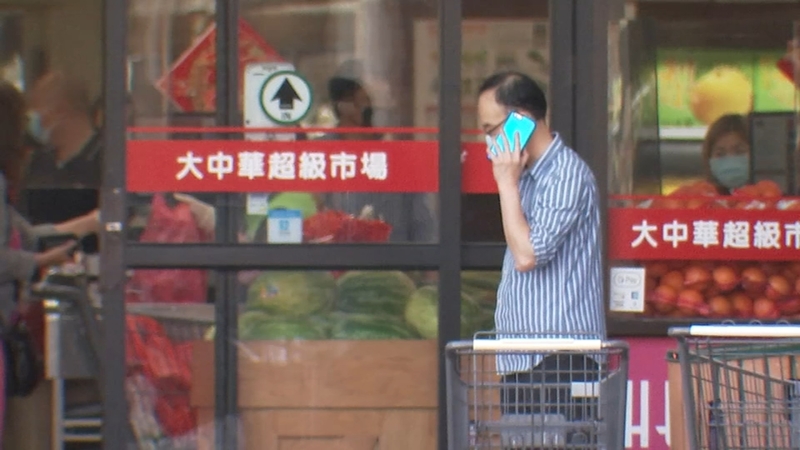 Houston police on alert after attacks on Asian Americans

HOUSTON, Texas (KTRK) -- There is a sense of fear and mourning in Houston's Asian communities after Tuesday night's shooting rampage in Georgia.

The Houston Police Department and The Harris County Sheriff's Office are stepping up patrols in Houston's Asian neighborhoods out of an abundance of caution following a series of attacks against Asian Americans across the country.

The accused mass killer in Atlanta, Georgia, 21-year-old Robert Aaron Long, told police he shot up three Asian spas Tuesday because of a "sex addiction," but many people are seeing it as a hate crime, considering six of the eight victims were Asian women.

Robert Aaron Long, 21, told police that the attack was not racially motivated and claimed to have a "sex addiction." Six of the victims were identified as Asian and seven were wome

"I'm worried just like everybody else that's of Asian descent," one man said. "I just hope that people know that the regular Asian people are not responsible for the virus."

The Chinatown corridor is home to the largest concentration of Asian businesses in greater Houston. Those who frequent the area say they've felt uneasy for quite sometime since the pandemic started.

A Georgia official faced swift backlash for pinning a shooting rampage that left eight dead at three Atlanta-area spas on a "very bad day" for the alleged gun.

"I hope to see more safety around this area," one woman said. "I think definitely the Asian elders need it especially."

Following Tuesday's deadly attack on several Asian Atlanta-area spas, city leaders in Houston have made it a point to speak out against any sort of hate towards the Asian community.

The shooting that claimed the lives of the AAPI women in Atlanta is an unspeakable tragedy. The spike in hate crimes across the country against the #AAPI community is alarming and must end. As mayor and a Houstonian, I want you to know that I stand with you in grief & solidarity. pic.twitter.com/VyCL6oZBb3

"As mayor and as a Houstonian I want you to know that I stand with you in grief and solidarity. It is not enough to condemn these acts of violence against Asian Americans and hold the victims' families in our hearts," Mayor Sylvester Turner said in a statement to ABC13.

Everyone should be speaking out against these attacks on Asian Americans. Asian Americans are our family members, neighbors, friends, business owners, doctors, teachers, elected officials...They are us! st

Houston police chief Art Acevedo assures the community that HPD has not seen an increase in hate crimes toward the Asian community.

To our Asian community, @houstonpolice is closely monitoring our threat environment, and currently there are no specific threats. We all need to combat the scourge of violence. https://t.co/aYktSfkIPC

"Please be assured, we continue to monitor closely for threats and can report that currently there are no such threats to the greater Houston community. However, out of an abundance of caution, we are increasing patrols in the concerned areas, " Acevedo said.

Some Houstonians in Chinatown were happy to hear the statements from city leaders.

"We always need more security I think," another man said. "In the Chinatown area, there area a lot of broken windows incidents."

"These attacks should be heard more," a concerned Houstonian said.

The hashtag Stop Asian Hate trended on Twitter after a shooting in Atlanta left eight, including many Asian women, dead. Here's what you can do to help stop the spread of hatred and violence.