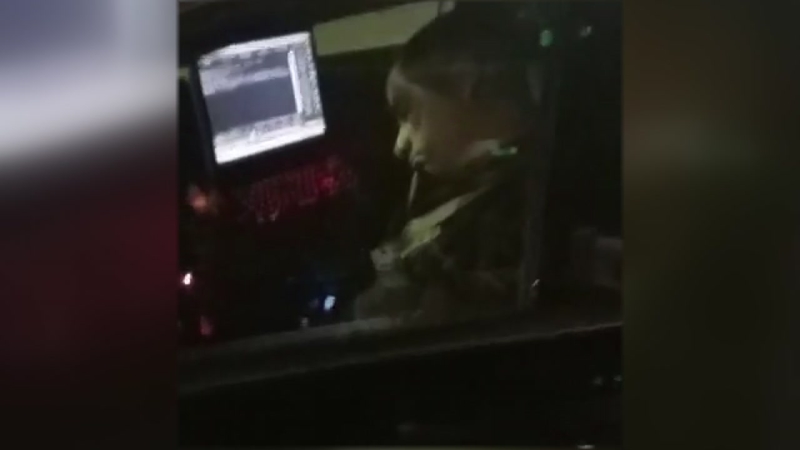 HOUSTON (KTRK) -- One of Houston's finest was caught sleeping on the job this week.

Several videos are circulating on social media of an officer asleep inside his patrol car in north Houston on Parker near Bauman. The videos appear to show the officer passed out at a red light with his car in drive and his foot on the brake.

Witnesses claim the officer was asleep at the red light for at least 30 minutes.


However, the Houston Police Officer's Union says the videos only tell part of the story. According to the Union, the officer seen in the video was sick, but still went to work.

The Union told Eyewitness News, once the officer woke up at the red light, he called his supervisors to report he was ill. The Union claims the officer drove himself to an urgent care facility where he was treated for several hours. The Union said the officer had food poisoning.
Related topics:
houstonpolice officersleep
Copyright © 2022 KTRK-TV. All Rights Reserved.
TOP STORIES
We have a cold and damp night ahead
High school student attacked in his family's driveway in Richmond
Winter blast felt across Texas
Man killed in incident authorities believe stemmed from road rage
Major crash blocks southbound lanes of I-45 in The Woodlands
Alvin votes no on 'sanctuary city for the unborn' ordinance
Opening of adult store in Missouri City on hold after zoning issues
Show More
TxDOT crews prepared as temperatures continue to drop
Burglar caught on camera hitting luxury apartment building
Digging into the process of rebranding Sugar Land Skeeters
Adele postpones Vegas residency due to COVID among crew
Man killed during attempted robbery of woman he met online, HPD says
More TOP STORIES News