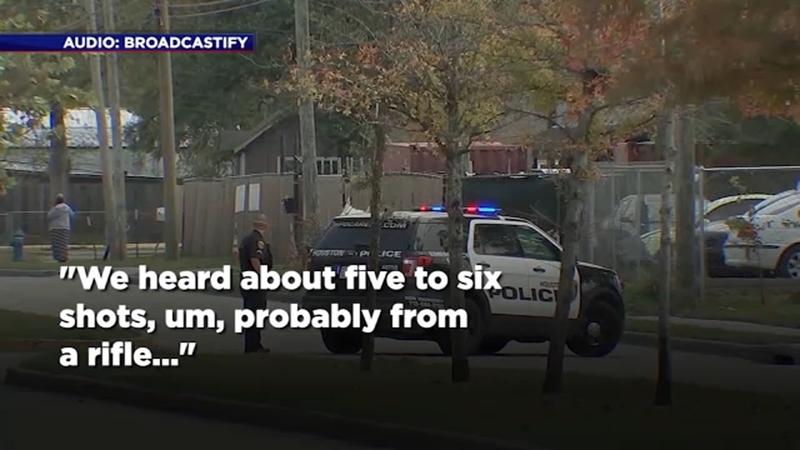 HOUSTON, Texas (KTRK) -- Two officers who were preparing a Thanksgiving meal at their patrol station were disrupted by shots fired nearby, according to the Houston Police Department.

Finner said the officers heard the shots at about 9:52 a.m. just a block away on Furray Road.

When the officers responded to that area, they found multiple young males who then started running away, Finner said. At least one of those males was detained, but was later released after police determined that he was not involved.

Finner added no officers were injured and there was no damage to the station.

An assistant chief said officers were preparing a Thanksgiving meal when they were disrupted by the shots.

During a briefing with media, the assistant chief also paid his respects to the family of 71-year-old Walter Cooper, who died over the weekend after being involved in a crash with an HPD patrol car.

Just two months after their mother's passing, a Houston family is going through another tragedy after their father was identified as the innocent driver killed in a crash involving Houston police.