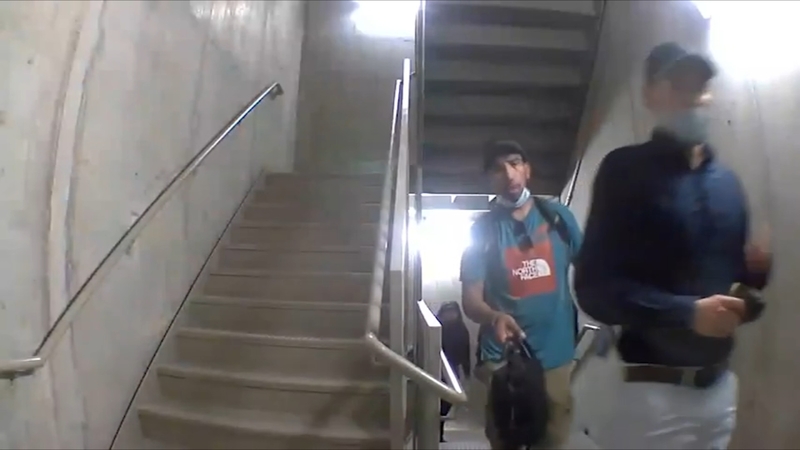 HOUSTON, Texas (KTRK) -- The Houston Police Department is asking for the public's help in identifying four suspects accused of burglarizing an apartment building in the Uptown area.

The burglary happened at a high-rise 1600 Post Oak Boulevard at about 2 p.m. on April 1.

The four suspects are described only as three Hispanic men and one Hispanic woman.

One man is 30 to 35 years of age. He was wearing a blue Northface brand shirt, brown cargo style pants, a black pack and a dark hat.

The second man is 30 to 35 years of age. He's described to be heavy set, was wearing a black Puma brand sweatshirt, sweat pants and a black baseball hat, police said.

The third man is 25 to 30 years of age, medium build, wearing a blue button down shirt, light-colored dress pants, and a black baseball hat.

The woman is 25 to 30 years of age, wearing a dark colored sweat shirt and sweat pants, long dark hair, and a quilted YSL purse with a gold chain.

Police believe the suspects may have followed a resident inside the high-rise through a pedestrian entrance.

Investigators believe the suspects were targeting a safe in the victim's home, but were unsuccessful. The suspects then stole property from the residence and fled the scene.

Detectives believe the suspects are also responsible for a similar burglary that occurred at 1409 North Post Oak Boulevard on March 23.