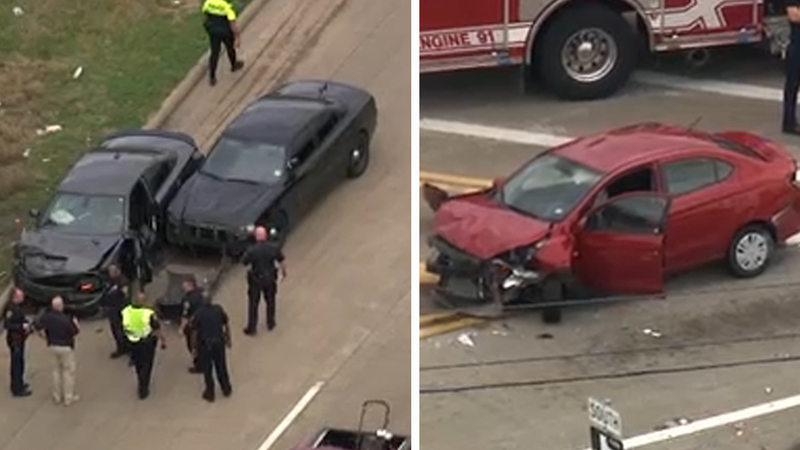 HPD officer injured in crash after chase in west Houston

HPD was at the scene for several hours investigating the chase that ended at Westheimer and Barker Cypress Road.

Witnesses say a red car was driving on Barker Cypress when it was hit by the suspect car, a Dodge Charger.

Precinct three constables say the suspect collided with an HPD cruiser and then ran off on foot.

They say one of their officers ran after him, later finding and arresting him in a nearby neighborhood.

SkyEye was over the scene as the suspect was taken into custody.
EMBED More News Videos

This is the result of a pursuit involving a suspect in a Dodge Charger. At least two vehicles, including a police cruiser, were hit by the suspect.

Houston police say the chase started at Highway 6 and Briar Hill, where one of their officers saw something suspicious with the Dodge Charger and decided to pursue it.

Authorities are still not sure exactly why the chase started.

The condition of the driver of the red car that was involved in the crash has yet to be released.

Authorities say no one was seriously hurt.