2 robbery suspects in custody, 1 on the loose after high-speed police chase 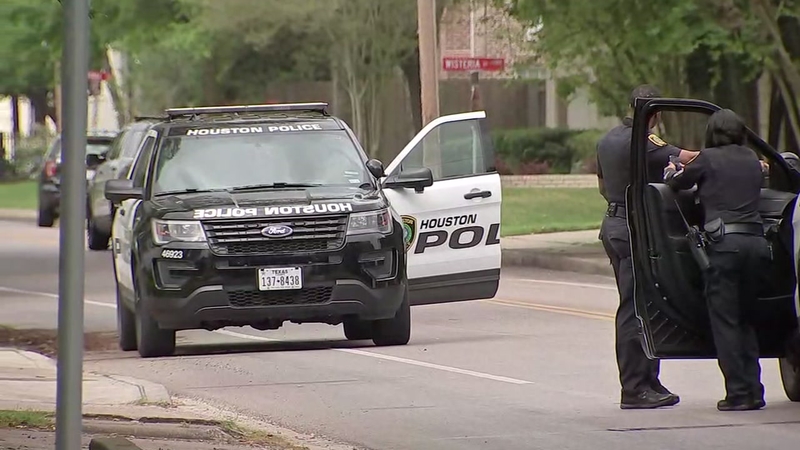 2 bank robbery suspects in custody, 1 on the loose

Houston police responded to reports of an armed bank robbery at the BBVA Compass on 4004 Richmond Ave. at 9:46 a.m.

Bellaire Police Dept is assisting @houstonpolice search for a possibly armed suspect in the area of Evergreen between the West Loop and Second St. If you notice unusual activity, such as a person running or hiding in a yard, please call 911.

When officers arrived to the bank, the suspects reportedly fled the scene and led officers on a high-speed chase.

Police say the suspects got on U.S. 59 and then took the 610 West Loop southbound exit, and crashed into a retaining wall. One suspect was arrested after the crash, but the other two jumped the wall.

Minutes later, the second suspect was caught in a nearby neighborhood.

Authorities searched for the third suspect at Cascade Street and Evergreen, but after the perimeter was broken the search ended.

Police say the suspects got away with more than $100,000, but the money may have been recovered in the crashed vehicle.