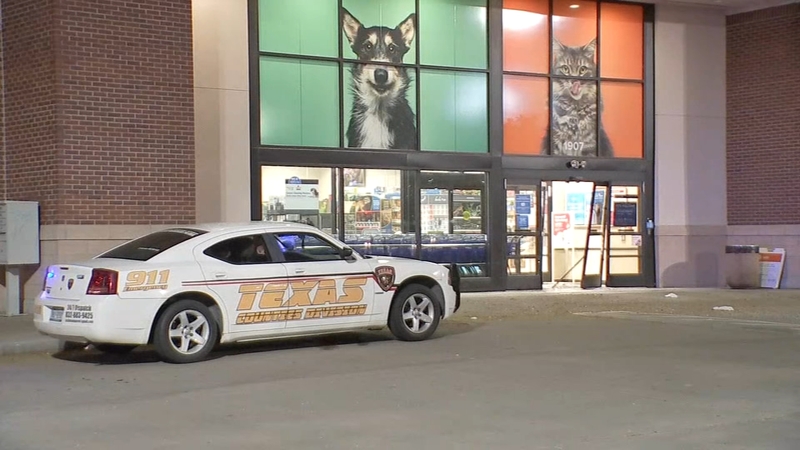 HOUSTON, Texas (KTRK) -- A man is facing several charges after he led police on a chase after allegedly driving into the front of a PetSmart store.

During the chase, Houston police said the man hit a truck on Memorial Drive, and then hit a HPD patrol vehicle before he got out and ran.

ABC13 viewer video shows police pursuing the man on Memorial Drive before he turned around and went the other direction.

Officers were originally chasing the man because he allegedly rammed his vehicle into the front doors of the PetSmart on Taylor Street around 9:47 p.m. Monday.

The man tried to run over employees after driving into the store, HPD said.

Investigators said it was unclear why the man drove his vehicle into the store, but believe he could be suffering from mental health issues or was on drugs at the time of the incident.

A K-9 unit caught the man in an alley after he ran away following the chase, police said.