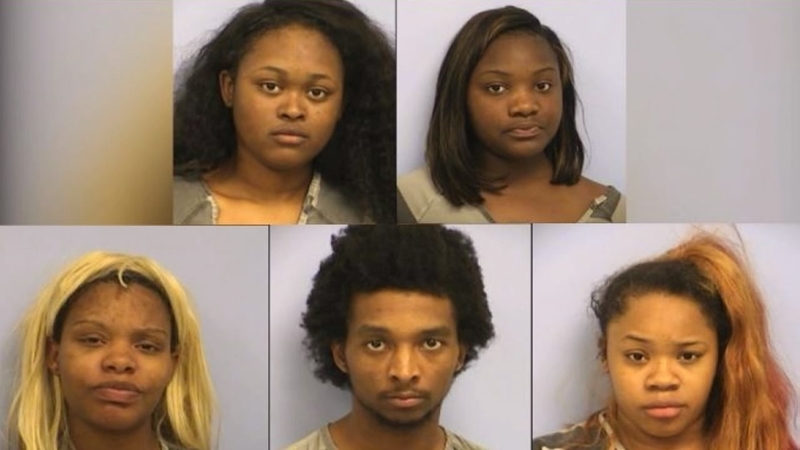 "It's unfortunate that people get so wrapped up in a terrible focus," Dede Weatherly said. "That's unnecessary."

"That's just insane," Sharon West said. "I cannot even imagine that. I'm shocked. They really wanted to get away with that, didn't they?"

On Nov. 30, Austin Police arrested five people for a violent incident at a Victoria's Secret.

Officers say they were caught stealing nearly $3,000 worth of merchandise, and pepper sprayed a worker who confronted them.

In north Houston on Monday, another employee got hurt after he confronted a shoplifter inside Sam's Club.

"To our understanding, it was an all-out physical fight," Harris County Constable Mark Herman said. "She tried to do whatever she could do to leave the store and get out there once they tried to detain her."

Herman said Melony Hollins bit an employee. Deputies found $500 worth of merchandise on her at the Sam's Club.

Because she decided to fight, she faces a robbery charge, and upwards of 10 years behind bars.

Herman said this isn't the first time his department has been called to a scene where a customer turned violent. But he told ABC13 it tends to happen more this time of year because the stores have increased security during December.

"Best advice we can give is to allow trained, certified loss prevention folks to handle those situations and to follow those policies." Herman said.

If you're a customer, and see a violent shoplifter, Herman said you can call police, alert an another employee or use your smart phone.

"My quickest reaction is to grab my camera and get any identification because my memory isn't going to remember to describe somebody so take a picture." shopper, Sharon West said.

But Herman said it could also lead to an arrest if the violent suspect got away.