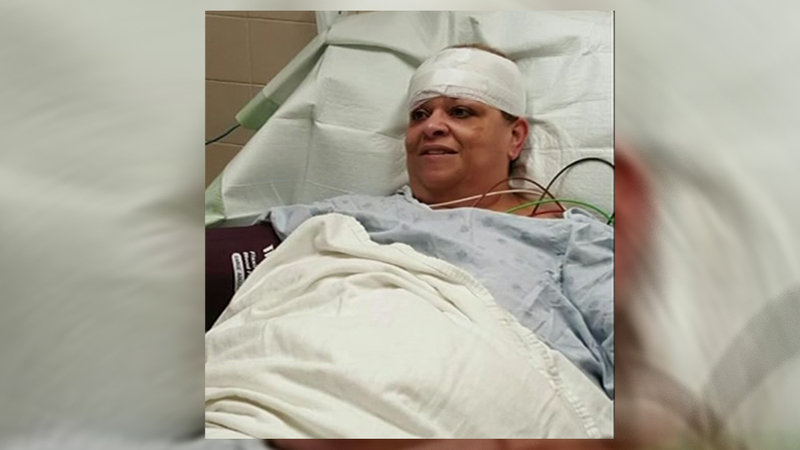 HOUSTON (KTRK) -- A Houston pastor was in the wrong place at the wrong time Thursday when she was shot in a Minneapolis beauty salon.

"She was literally just trying to go get her hair done at a place that she's gone to, that the family has gone to, in an area my family is very familiar with out there," her son Joseph Palmore said.

Out of nowhere, police say a man started shooting outside. She was grazed in the back of the head.

"The bullet blew her out of her seat and onto the floor where she lay flat. She said she thought she was gone for a minute until she was able to lift her head and she told herself 'wow' she's still here," he said.

Joseph tells abc13 the bullet nicked an artery, so doctors had to make sure there was no bleeding on his mom's brain.

"They can't explain why the bullet decided to veer or curve off," he said.

His dad sent a picture of her giving a thumb's up letting him know she's alright. He posted that picture and it's been shared all over Houston. Joseph says this is the Lord's doing.

"I know the path my mom has walked in her God path and her path as a pastor and teacher," he said. "And just knowing how anointed she is, there's no other reason my mom is still here but because of God and him putting his hands of protection around her."

"I've seen her go from not being able to preach in the pulpit, preaching from choir stands or from the floor because they wouldn't let her on stage," he said.

She was released Friday and whenever her doctors let her get on a plane back to Houston, he says she will not keep silent.

"She knows she's not supposed to be here. And she feels like there's more for her story now. She has a definite story to tell now. She thought she had a testimony before. But she really has one now," he said.