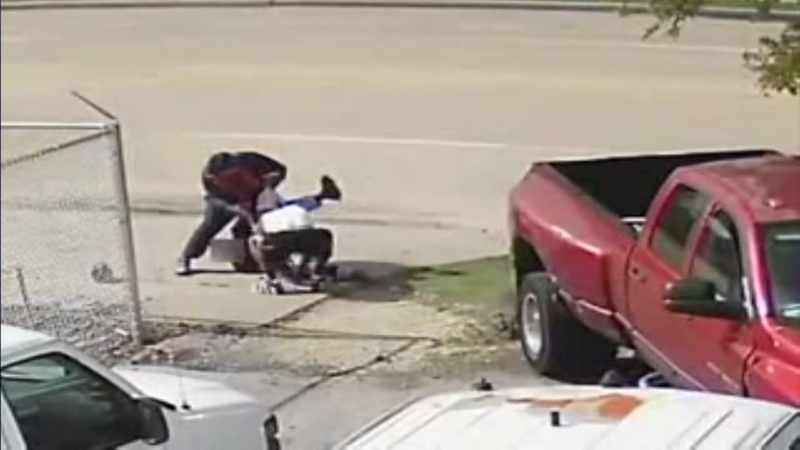 HOUSTON, Texas (KTRK) -- A Houston business owner says he was followed from a bank and then attacked by robbers for the second time.

The proprietor, who did not want to be identified out of fear for his safety, described a crime that Houston police have termed "jugging," which they say is one of the fastest growing crimes in the area.

A camera captured the brutal crime. An elderly man is seen being attacked in front of his restaurant on Old Spanish Trail while getting out of his truck.

Investigators say the man was followed from a Bank of America branch by criminals in a dark colored sedan. They were after his white bank bag filled with hundreds of dollars.

"These guys, they sit outside of banks and they sit and watch and wait, and they look for what they believe is a target," said Jeff Breiden with HPD's Robbery Division. "They'll do whatever is necessary to get the money, whatever is necessary. And in this case, clearly, it didn't matter how old the guy was, you know. They used whatever force was necessary in order for them to get what they wanted."

Police say you should never carry a bank bag in plain view, especially when leaving the bank. If you do need a large sum of cash, you're urged to use the drive-thru option so people don't see you walk out of the bank.

Police say when you walk into the bank, you should look the exact same as when you walk out. Even if you do everything right, when you leave a bank, always be on alert and watch to make sure you're not being followed by another car.

The elderly victim in the case was injured but refused medical attention on the scene.