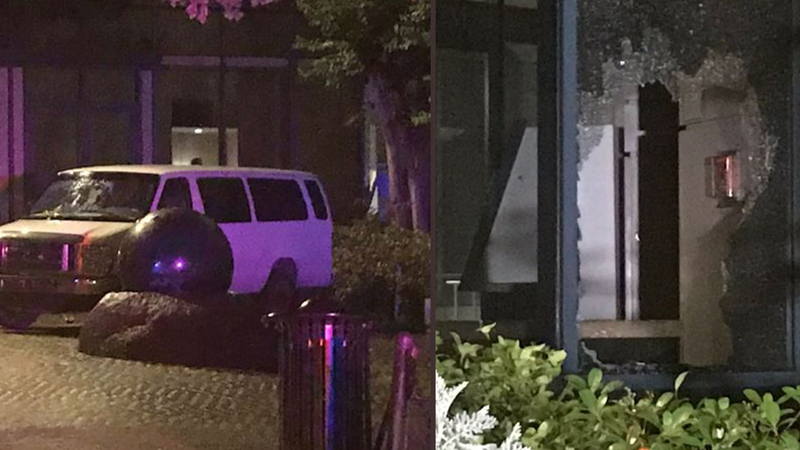 HOUSTON, Texas (KTRK) -- While authorities continue investigating who is behind the attempted ATM heist at the Houston Museum of Natural Science, police have learned new details about the van used in the act.

On Wednesday, police said they are searching for the two suspects who used a stolen van to take the ATM that was inside the museum building.

The incident happened around 4 a.m. in the 5500 block of Hermann Park Drive. When they arrived, officers said they saw two men standing inside the museum next to the ATM. Officers added the stolen van had been backed up to the front of the museum. It's believed the suspects had a chain tied to the ATM but left the scene when the machine would not budge.

Police say the men saw one of the officers and ran off. The incident remains under investigation.

NOW: appears to be a break-in at the Hou Museum of Natural Science. White van appears in FYI have backed into the front of museum #abc13 pic.twitter.com/miA9lcoP3D

Here’s a better close-up or the broken glass museum wall. Suspects smashed it, to get in, to hook chains to the ATM...that didn’t budge. Appears nothing in museum was stolen. #abc13 pic.twitter.com/yViQZXYvz3

The Houston Museum of Natural Science released the following statement on the incident:

This morning, at around 5:00 a.m., HMNS senior staff received notification from the museum's on site HPD officers that the museum had been broken into near the Cockrell Butterfly Center. Around 4:30 a.m., the officer observed two men wrapping a chain around the museum's ATM. As the officer approached, the two men fled. A large window was broken. The only damage was to an exterior window, which has already been repaired. Thanks to the museum's many layers of security, including armed officers onsite, there was no other damage to the museum's facilities, exhibitions, or collections.