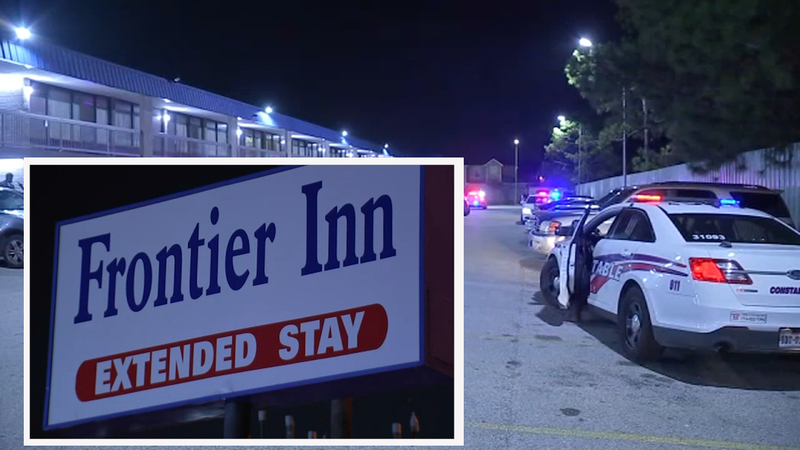 HOUSTON, Texas (KTRK) -- A man was found shot to death early Sunday morning at the Frontier Inn on the North Freeway near north Vista Drive.

The witness said they heard gunshots and saw a man that appeared dead in the courtyard.

They say the man was hit at least once.

Authorities do not have a known motive for the crime or suspect at this time.

Detectives are talking to witnesses at the scene and checking surveillance video.

They are not sure if the victim was staying at the motel at the time of the shooting, but believe he has stayed there in the past.