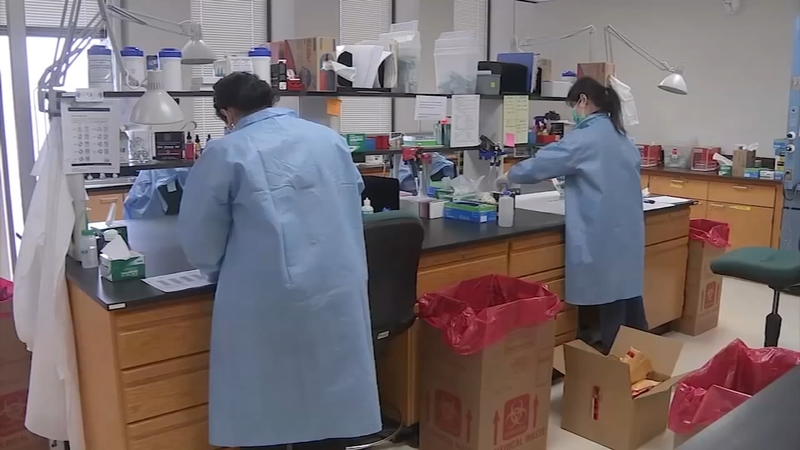 HOUSTON, Texas (KTRK) -- At the request of the Houston Forensic Science Center board, the city of Houston's Office of Inspector General will investigate allegations made against personnel in the crime scene unit.

This comes after a four-page letter was sent to the board by an anonymous group of past and present CSU investigators, claiming a hostile work environment within the unit, which in the letter they contribute to upper management.

"These are allegations that are inconsistent with our personnel policies, so we take them really seriously," said HFSC CEO and President Dr. Peter Stout, who talked with ABC13 after Wednesday's board meeting calling for the investigation.

The letter listed several bullet points of "specific topics of toxicity" including, "creation of a hostile work environment for CSIs, lack of flexibility by management to make productive changes, creation of a scheduled disrupting investigator's ability to have a proper work-life balance, and targeting individual CSIs for harassment and retaliation."

The letter adds "failure to address these concerns will result in detrimental outcomes, not only for the organization, but would be even worse for the citizens of Houston as violent crimes go unsolved."

"We've tried to be open about the fact that this has created some real strains on CSU, the rise in violent crimes. We have a very small unit to begin with. We have real concerns and it has taken its toll on the people in that unit, having to be at this operational tempo with as limited resources as we have," Stout said. "You have to imagine, these are people who have to come in during every shift, pretty much. At this point, they're dealing with a scene, and they have very little time to decompress. This is work that really takes a toll on people."

Stout says this is the third OIG investigation involving management at HFSC. He tells ABC13 the first two found all allegations unsubstantiated. Although he wouldn't go into details about the previous investigation, he says the current allegations are similar.

"We will cooperate with OIG and provide them any documents or any interviews that are necessary. Our goal is to have this objectively and completely investigated," Stout said.