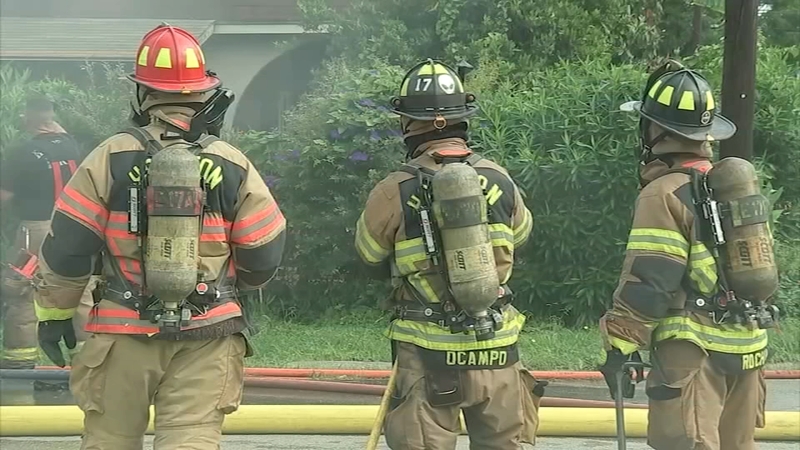 HOUSTON, Texas (KTRK) -- Judges with the Texas Court of Appeals sided with Houston firefighters in a decision that could cost city taxpayers millions.

In a long running battle over Houston firefighters' salaries, the city of Houston tried to have their collective bargaining rights declared unconstitutional. It would have been a blow to both the firefighters and all unionized employees in Texas.

In a decision announced Thursday morning, the 14th Court of Appeals told the city no.

While the ruling upholds union bargaining rights, the larger and more immediate effect is that a judge will now set wages for Houston firefighters all the way back to 2017. Texas law permits that when unions and cities can't agree on a contract. In this case, it would affect not only 2017 wages, but every year since then.

In a statement, HPFFA President Marty Lancton said, "We are grateful for this ruling. It should be a signal for the mayor to end the vindictive, taxpayer-funded legal campaign against Houston firefighters and our families. This ruling provides the city with an opportunity to reverse course and resolve our disputes."

No new negotiations are scheduled, neither is a date to resume the wage trial. Instead, the city is considering an appeal.

"The city respectfully disagrees with today's opinion that lets a trial court decide pay and benefits under a comparable pay standard never negotiated between the parties," Attorney Arturo Michel with the city of Houston told ABC13 in a statement. "The city is evaluating its options, and will decide in due time whether to ask the Texas Supreme Court to address this matter or present evidence to the trial court in support of just, fair, and affordable compensation to Houston's Firefighters. The city has continually been, and remains, committed to negotiating in good faith with the Union."

A ruling on Prop B, the ballot measure that would raise firefighter salaries in line with police salaries, is still pending in front of the same court. A ruling in that case could come at any time.

'You're pushing it, so be careful' War of words at Houston council over Prop B
Houston's trained heroes are stuck chopping wood, pouring concrete
Fire union to Turner: It's past time to implement Prop B
Prop B implementation has mayor sparring with fire union
After judge's decision, city's Prop B planning remains stalled
Judge denies police and city's request to delay implementation of Prop B
14-day hold granted on Prop B implementation in Houston
Council narrowly agrees on law firm to defend against Prop B
Campaign against firefighter pay parity raises nearly $1 million
Campaign against fire 'parity pay' funded by mayor, police union, reports show