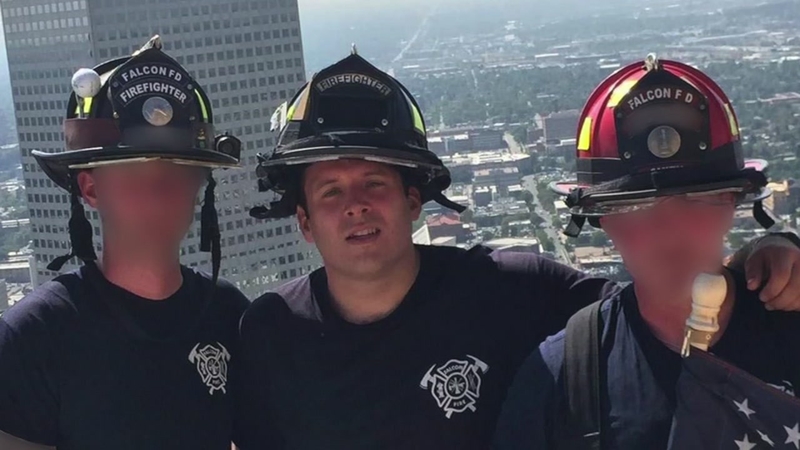 HOUSTON, Texas (KTRK) -- A Houston firefighter is on paid leave pending the outcome of some very serious felony charges in another state.

Luke McIntosh is currently behind bars in Denver, Colorado. He is accused in three sexual assaults and a kidnapping case.

Houston Fire Chief Samuel Pena confirmed to Eyewitness News that the 28-year-old notified HFD through the union on February 12th that he was facing such charges. It came as a total surprise, Pena said.

"We do know that it doesn't seem like the arrest with the charges were listed in his application for employment," Chief Pena said.

Pena says the department is looking into whether McIntosh violated any policy when he didn't disclose he may be under investigation. Sources tell us the sexual assault charges are related to alleged incidents that took place when McIntosh lived in Colorado.

The Falcon Fire Department, a small agency near Colorado Springs, confirmed that McIntosh was a volunteer firefighter there from 2011 to 2016, when he left to attend the Houston Fire Academy.

WATCH: Why a Houston firefighter is behind bars in Denver
EMBED More News Videos

HFD firefighter relieved of duty after being charged in Denver, Christine Dobbyn reports.

The Falcon Fire Department would not comment whether it was aware of any criminal investigation relating to McIntosh's tenure there.

McIntosh shared a townhouse with a fellow firefighter until last summer. Sources tell us McIntosh did not get along with his roommate, and the two eventually moved on.

During his time in the department after graduating from the academy, sources say McIntosh worked at Fire Station 46, where he did not raise many eyebrows.

"We have no disciplinary history since he's been employed," Pena said.

Now behind bars, his firefighting future hinges on what happens in court.

"They are serious charges, our professional standards office is looking into the charges, and we'll make our determination after their conclusion of the investigation," Pena said.