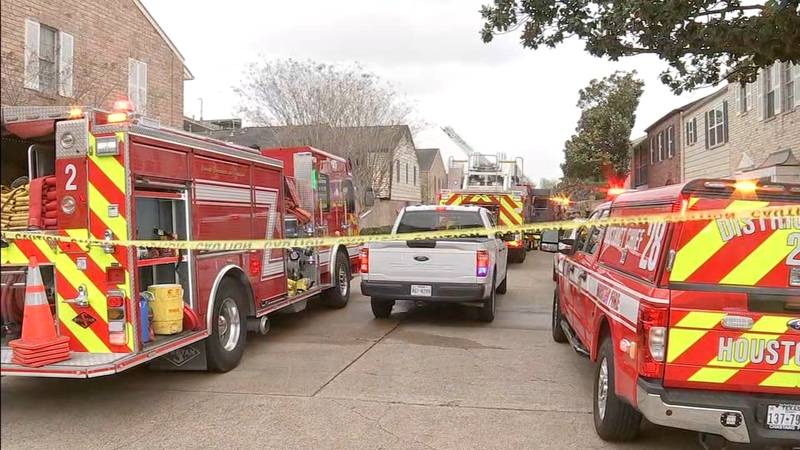 HOUSTON, Texas (KTRK) -- One person is dead following a townhome fire in west Houston, according to fire officials.

Crews received a call at about 3:30 p.m. Thursday regarding an apartment fire in the 6400 block of Burgoyne Drive.

Once on the scene, crews received reports of a person trapped inside the home. A body was later found in the backside of the building.

@HoustonFire is on scene near the 6400 block Burgoyne Dr. performing an offensive attack after receiving reports of a townhome on fire. One civilian fatality (unknown demographics). No FF injuries reported. Please avoid the area due to heavy emergency traffic. @FireChiefofHFD

It's unclear if anyone else was inside the townhome at the time of the fire.

At this time, the cause of the fire is unknown.