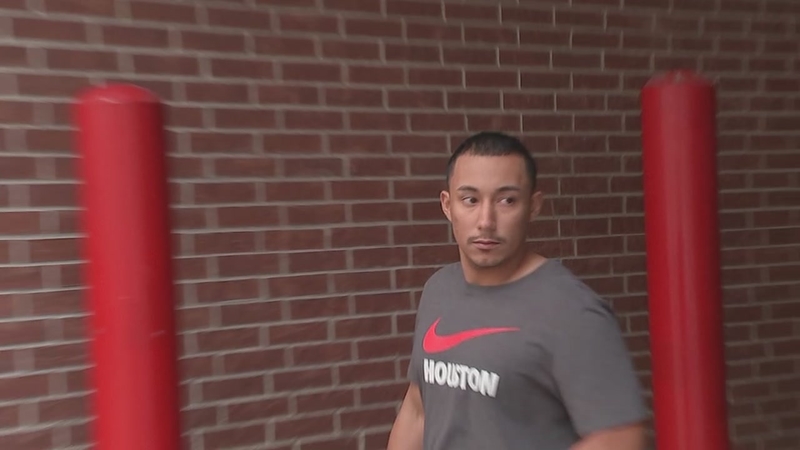 A Houston firefighter has been charged with sexual assault.

HOUSTON, Texas (KTRK) -- A Houston firefighter has been charged with sexual assault.

Court records say the victim met Cuellar, her cousin, and friends at a bar in Humble.

They were later driven from a bar to the victim's cousin's apartment, where the victim went to sleep in a guest room, fully-clothed, with the door closed.

Court records say Cuellar went to sleep on the couch in the living room.

The woman told investigators that she woke up at 6 a.m. naked on her stomach. She told police that when she woke up Cuellar was sexually assaulting her.

As she woke up, realizing what was happening, records say she said, "Where am I?", "Where is my phone?", "Where are my keys?"

The victim then put her clothes on and left. She went to the hospital to undergo a sexual assault examination.

Records say the victim and Cuellar had known each other since grade school. They dated one time in high school but never had a sexual relationship.

The fire chief will only say Cuellar has been transferred from the emergency operations division pending the outcome of an internal, administrative investigation.

Cuellar is reportedly not a U.S. citizen. He is here from El Salvador, according to statements made in court, and has lived here for 10 years.

Cuellar has been with the Houston Fire Department for about seven months. Before that, he was an EMT with the City of South Houston.

A protective order was issued preventing Cuellar from having any contact with the victim.