Here's how you can help neighbors impacted by deadly blast 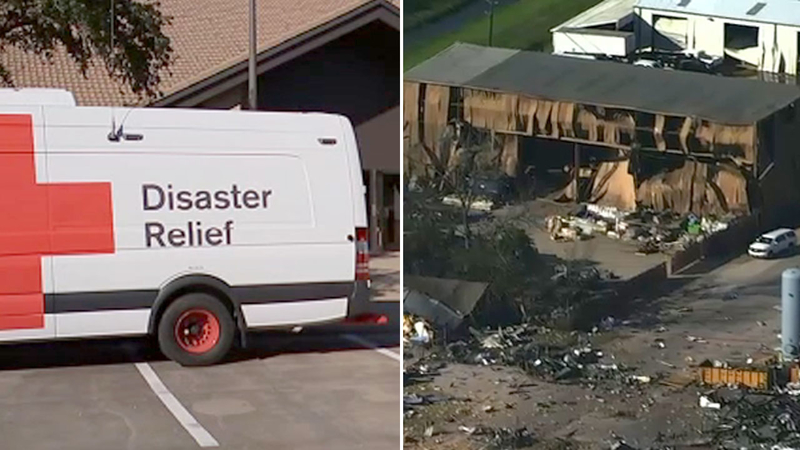 Shelter opens doors for those affected by explosion

HOUSTON, Texas (KTRK) -- In the wake of the deadly explosion at Watson Grinding and Manufacturing early Friday, Houston city leaders urged the community to help fellow neighbors with donations.

The city of Houston directed people who want to make donations to drop them off at the Brenda and John Duncan YMCA at 10655 Clay Rd. in northwest Houston.

Additionally, city officials urged people to reach out to organizations like the Salvation Army and their local churches for ways to contribute.

Since the sudden, pre-dawn blast, the American Red Cross was mobilized to a temporary shelter about a mile and a half away from the blast site. As many as 48 people impacted by the blast sought shelter at the Church of Jesus Christ of Latter-Day Saints on Shadowdale.

The neighborhoods around the Houston explosion scene are mostly working class Hispanic families with no resources to deal with suddenly being forced from their homes.

If you’re interested in helping here’s what you can do:https://t.co/tg3DhP9N8q #abc13

An overnight shelter has been established at the Fairbanks United Methodist Church at 14210 Aston St.

The Red Cross' disaster-trained responders are providing relief, comfort and a safe place until the all-clear is given by officials.

The Fairbanks UMC shelter is also receiving donations, but the city is urging people to donate packaged food rather than prepared meals.

Location of the overnight shelter: Fairbanks United Methodist Church, 14210 Aston St., Houston, TX 77040. Per Red Cross, they can take packaged food but not prepared food because of health department guidelines. Warm dinner is already available at the shelter for tonight #hounews

As of late Friday afternoon, Houston police closed off two nearby neighborhoods - Westbranch and Carverdale - as they combed the area for debris and potential remains recovery. The Houston police chief said it could take several days to complete their operation.

Most of all, a large amount of homes took on damage, especially to windows, doors, walls and foundation.