Houston Dreamer and former teacher celebrating his release from detention 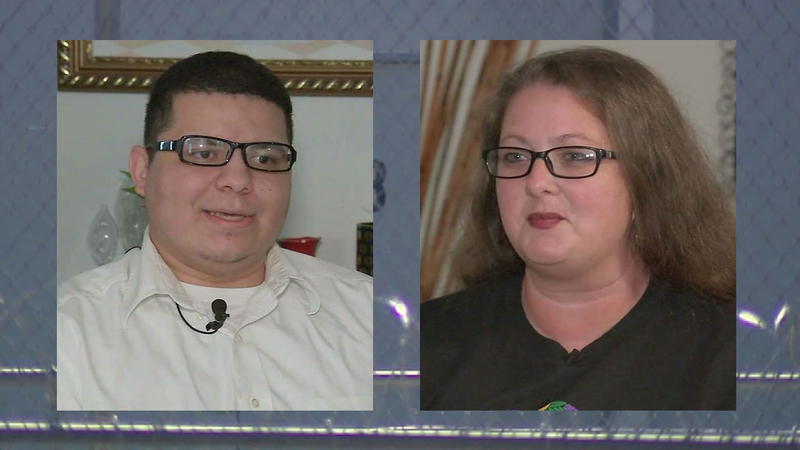 Houston Dreamer's nightmare over with help from former teacher

HOUSTON, Texas (KTRK) -- It has been a rollercoaster year for recipients of the Obama administration era DACA , which is stuck in our court system, and no one knows this better than Juan Zepeda.

"It was just hard to be there almost a year," he said.

Just like many others across the nation, the 22-year-old was detained last September after his DACA expired. The Trump administration was hoping to end the program by this summer. Zepeda was facing deportation to Honduras.

"(Going there) basically (meant I was gonna) get killed, because that's where I was going to," he said.

Just as he was ready to give up, his former fifth grade teacher stepped in.

"I kept pushing him a little bit harder," said Alana Kubeczka. "I believe we are all put in someone's path for the right things."

Alana Kubezka is on a mission to help a 22-year-old whose future in the U.S. is now in limbo.

For 11 months straight, she was there every step of the way, raising money for his DACA renewal application and getting lawyers to help him seek asylum.

As the DACA controversy intensified, Zepeda had no idea if he would ever get out.

"It was rough thinking about where I was going to," said Zepeda.

Eventually, the well-known organization FIEL and a couple immigration lawyers were able to push for his release and renew his application.

It was a moment both teacher and former student just couldn't believe.

"Wow, its really happening after all this time," she said.

For now Zepeda is able to stay in the country. He's eager to start school and is hoping to get his law degree.

As for the future of DACA, it's still unclear whether the program will survive.