Houston doctor confident in AstraZeneca vaccine, but says 'messaging has been horrible' 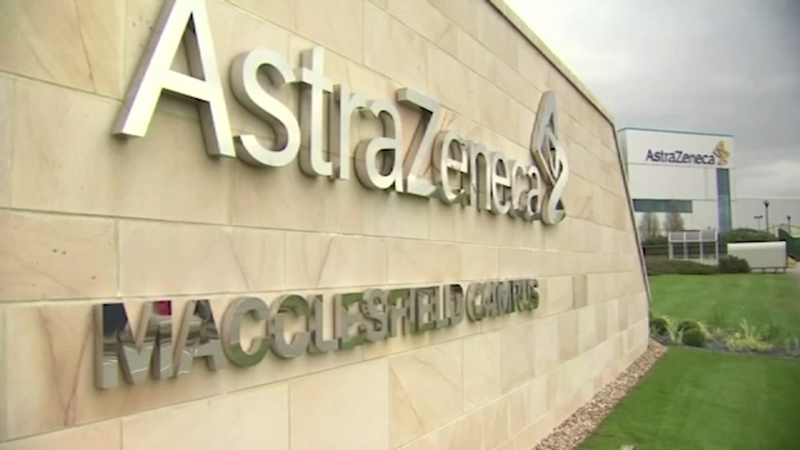 AstraZeneca, whose COVID-19 vaccine is already approved for use in Europe, is now working toward emergency authorization here in the U.S.

Deborah Elias, who used to travel the world for work, signed up for the trial.

"On Sunday, I was having a conversation with friends and I was thinking, 'What did I do?' I regret it," said Elias.

Conducted through Memorial Hermann, Elias signed up for a two-year trial. But stories of European countries pausing the vaccine and a recent public argument between the Data Safety Monitoring Board and the company have caused some people like Elias to worry.

"I do have a lot of confidence in this vaccine. The problem is, the messaging has been horrible from the beginning coming from the CEO of AstraZeneca Oxford, who made a lot of rookie mistakes because it's not a vaccine company. They've never done a vaccine before," said Dr. Peter Hotez, with Baylor College of Medicine.

Hotez said the vaccine is a good one, the misinformation shared has just been unfortunate. He says right now the country's numbers have plateaued, an indication a spike could be a few weeks around the corner.

"I think we are at a tipping point where things could go either way. We could see a big steep increase in surge and a fourth wave of infections, or we could go on for a while and start to see a decline," said Hotez.

The Texas Medical Center reported 681 new cases on Monday, that's compared to last week at 942 new cases a day. According to Hotez, nationally, we've plateaued around 50,000 new cases a day, which is still pretty high. In Texas, it's always usually about tenth of that. The big concern now is a big spike in cases due to spring break and the upcoming Easter holiday.

Hotez, who has been critical of Texas' decision to reopen, added that if the state would've waited about five to six weeks to open up, then we would be in a better place right now.

"I think it would have made a big difference, because remember we lost a week in Texas because of the power grid collapse in terms of vaccinating the population," he said. "We've been now consistently in the bottom tier of states in terms of vaccinating our population, so we're around 25% of the country has gotten us at least a single dose of vaccine, and we're always significantly below that - maybe we've just come up above 20%. So I'm hoping we can have some time to catch up, but it would have been nice to give us that, that extra measure."

Even with the plateau in the number of positive COVID-19 cases, Hotez said he's remaining optimistic. He said we can vaccinate our way out of this.

"I think the good news is we've got a plan for the country, and we're going to be in a much better position by the summer because we'll be getting close to a significant percentage of the US population that's vaccinated," said Hotez.

Elias said she wanted to take part in the trial to get back to traveling for work. She's once again happy with her decision to get the vaccine.

"They're going to send it to get the emergency approval, so I am a little bit more hopeful about what that means for all the people that were in the trial," Elias said.