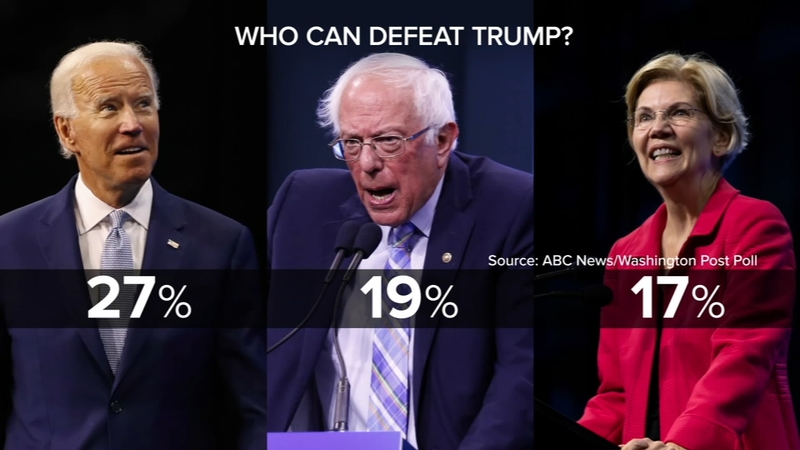 Presidential hopefuls make their way to Houston for debate

HOUSTON, Texas (KTRK) -- This week, the Democratic candidates for president will fight for your support here in Houston.

Their next debate will be held at Texas Southern University on Thursday, and it's still a crowded field.

"I'm running because I know that there is going to be life after Donald Trump," Texas native and former President Obama cabinet member Julian Castro said.

He earned a spot on the debate stage, but right now, he is not a front-runner.

The latest ABC News/Washington Poll shows Joe Biden, Bernie Sanders, and Elizabeth Warren with the highest support. But Warren has the most momentum, gaining six points since July.

"I think it's because I get out and talk about what's broken, and have real plans to fix it," Warren said.

The numbers indicate Senator Kamala Harris may be losing traction. She's down four points in the poll.

On Monday, she unveiled a plan to overhaul the criminal justice system with reforms that include ending mandatory minimum sentencing, eliminating the use of private prisons, and legalizing marijuana at the federal level.

Castro is holding a rally in Houston Monday to kick off debate week. That event will be held at 6 p.m. at Warehouse Live.