90-minute trip to Dallas could be a thing 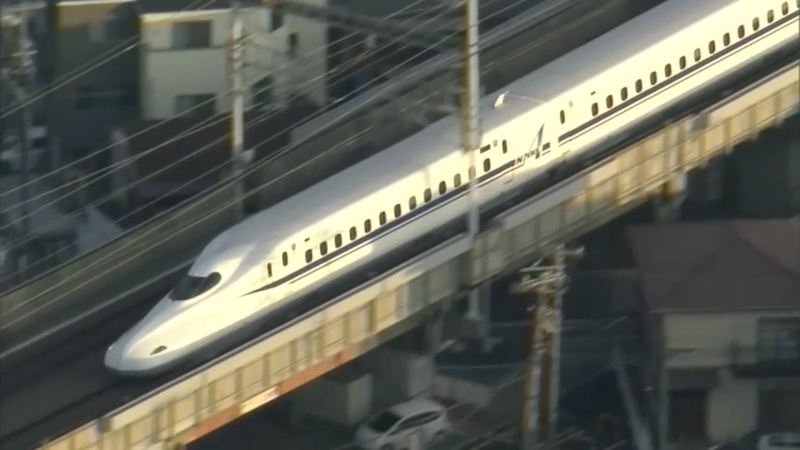 Bullet train from Houston to Dallas takes another big step

HOUSTON, Texas (KTRK) -- It's the kind of train we've never seen in the Lone Star State, and it's called the Texas Bullet Train. It promises a ride between Houston and Dallas in 90 minutes, and it is one step closer to becoming a reality.

"I think it's a good idea because it's a four-hour drive, so it'd be nice for it to be just 90 minutes," said Cassie Jones.

In recent days, the U.S. Department of Transportation released its review called a Draft Environmental Impact Study, evaluating about a half dozen possible routes, but only recommending one.

It gives its initial endorsement to a route that has a Dallas station in the Cedars area, south of downtown Dallas, near the I-35/I-30 interchange. It stops only once in the Brazos Valley near Texas 90 and State Highway 30, about 20 miles east of College Station. Finally, it comes into Houston near the busy highway interchange around the West Loop, 290 and I-10.

The U.S. Department of Transportation lists three possible sites for the Houston High-Speed Rail Station. There are two recommended along Hempstead Highway, one of which is a current industrial site, the other is Northwest Mall. A third possible site is farther south on Post Oak, close to Interstate-10.

The builder, Texas Central notes the locations are all close to Metro's Northwest Transit Center. It is a major consideration, according to the company's representative, Holly Reed.

"That location is a sweet spot for the Houston area and is a good location because it allows good access to downtown, the Galleria area, the Medical Center and the Energy Corridor," Reed told ABC13.

Despite the major step, the start to construction is likely still at least a year away.

ABC13 has previously reported on landowners concerned about the route this high-speed train will take and how it will affect their way of life. This is the time when people can voice an opinion and seek more information about the project.

Starting this Friday, Dec. 22, you can offer feedback online and for the following 60 days, until Feb. 20, 2018. The public feedback period will include 10 public hearings in the counties affected by the new train.

Texas Central, which is building the project, hopes to break ground on the project, at the earliest in late 2018 or early 2019, and construction is estimated to last four to five years.