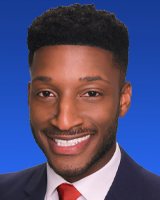 Deputies now believe a 2-month-old child brought to a Willowbrook-area hospital died from SIDS. The parents were detained and released.

HOUSTON, Texas (KTRK) -- Confusion over a 2-month-old child's death at a Willowbrook-area hospital appears to have led constables to detain the infant's parents.

The whole situation began to play out just before 1 p.m. when two people brought the child's body to Houston Methodist Willowbrook Hospital.

According to the sheriff's office, hospital staff told the parents to leave him, allowing them free to leave once they notified the medical examiner's office about the death.

However, someone else at the hospital believed they couldn't leave, leading to constables being called.

In the midst of the investigation, the constable's office searched a home at 13313 Cutten Road, but they later left the neighborhood.

Precinct 4 passed the case on to HCSO, which determined there was an error and that the parents were free to leave anytime. They were released from custody.

While it's only believed SIDS played a role in the child's death, the medical examiner's office will need to perform an autopsy to confirm the determination.

Mother accused of killing her 3 kids was overmedicated, attorney says