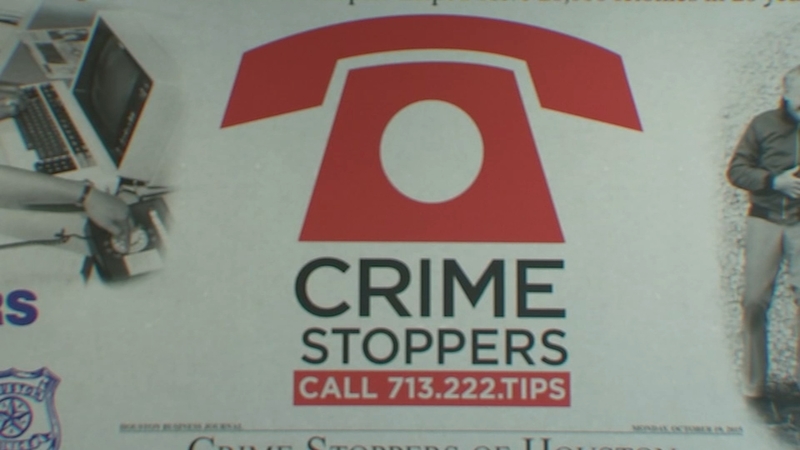 You've probably driven past the three-story Crime Stoppers headquarters on Main Street. It's the non-profit's only physical building in the world, and it's named after ABC13's very own Dave Ward, who helped bring the Crime Stoppers program to Houston.

On the third floor, behind a glass door, there's a sea of cubicles that looks like your average office building. But this floor is off limits to most everyone who works at Crime Stoppers because this floor is classified. This is where the tip calls come in.

"Everybody wants to see it!" Nichole Christoph says. "Because it's this big mystery. What does it look like?!"

Christoph runs Crime Stoppers' Tip Line. She started out at the non-profit managing the office. It wasn't long before she realized the unsolved crimes fascinated her.

SEE ALSO: How to report a tip to Crime Stoppers Houston

Crime Stoppers gave ABC13 photos of the room but wouldn't let our cameras in. Because, Christoph says, if that phone happened to ring, only trained investigators can be there to hear the caller give a tip. That's how seriously they take anonymity.

"When you call, we literally, literally never know who you are," says Rania Mankarious, Crime Stoppers of Houston CEO. 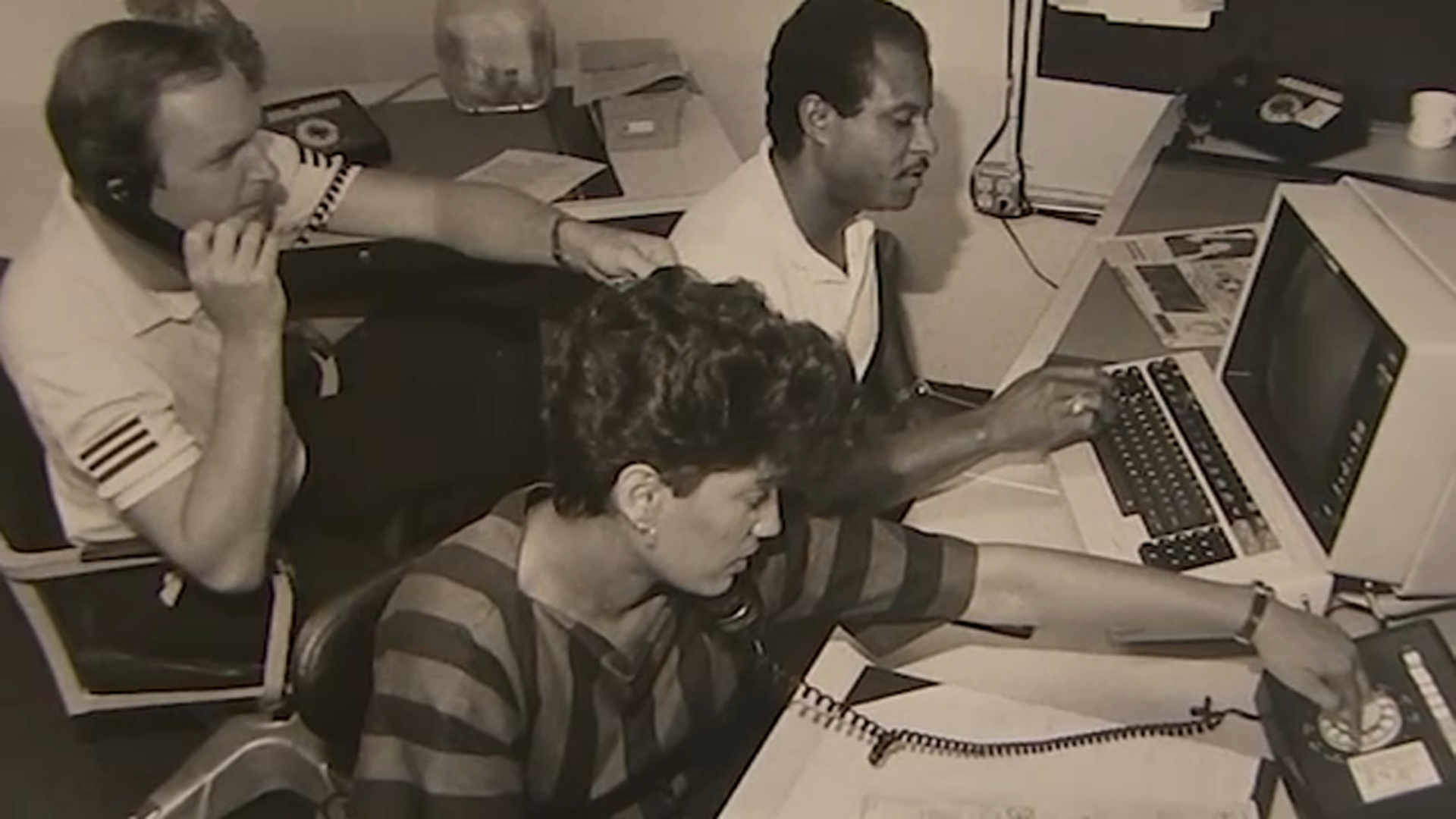 The tip line has come a long way since the eighties. Black and white photos show a handful of people sharing one desk answering one rotary dial phone. But some things haven't change. You're assigned a number when you call, and you never say your name. That number is the only way the investigator knows you. You never leave your contact information. 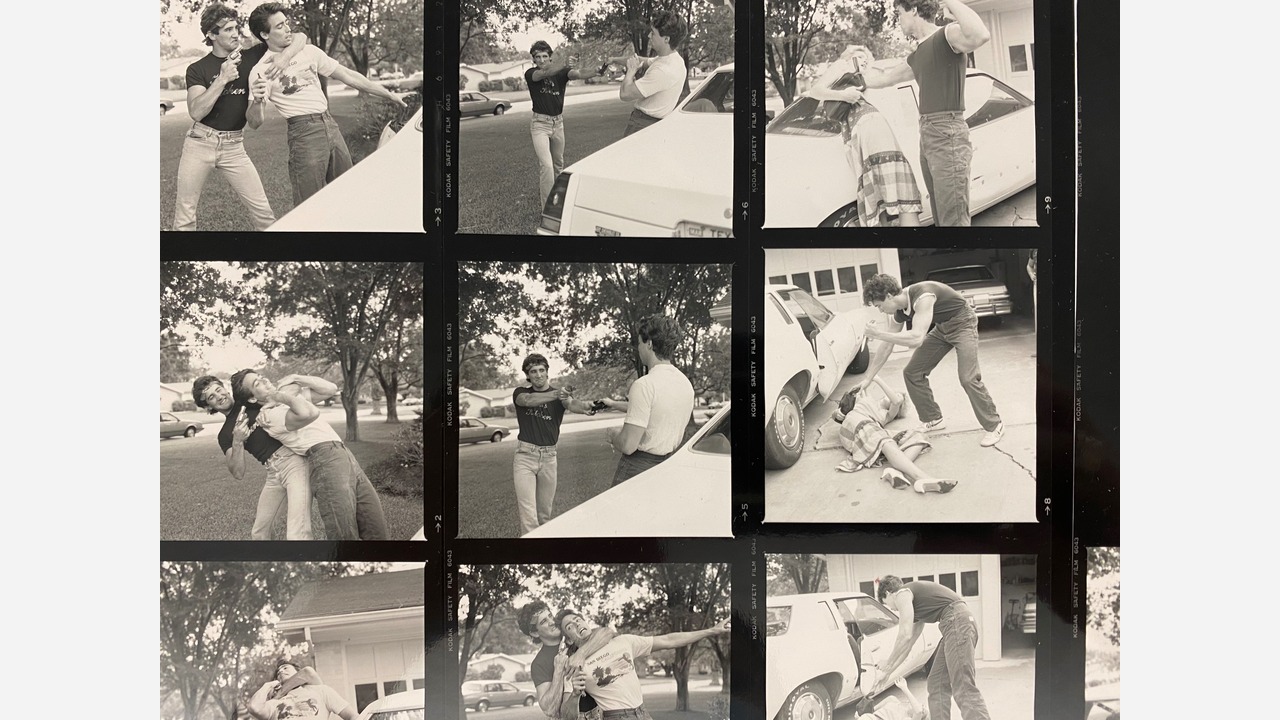 "They can't communicate with you unless you call back," Mankarious says.

You could be calling back for months to help investigators solve a case. If you stop calling, you may not get your reward. But if the case is solved, you could get paid up to $5,000.

Here's how it works: the Crime Stoppers board, comprised of business men and women, votes on the percentage of reward money your tip deserves. The more serious the crime, the more money you make. There's a formula for it. You pick up your cash at a bank drive-thru. From start to finish, no investigator sees your face.

The room where it happens: Inside taking a tip from Crime Stoppers
EMBED More News Videos

We've told you about Crime Stoppers many times before. But what's the building like where they answer tips? Go inside the room where it happens.

Since Crime Stoppers of Houston started 40 years ago, they've paid out more than $12.3 million and solved more than 35,600 cases. More than 23,000 tipsters have gotten paid.

Where does the reward money come from? If you're put on probation in Harris County, instead of going to jail, the judge can order you to pay a small fee to Crime Stoppers. That fee is usually around $25, Mankarious says. The money can only be used for rewards.


"But now, judges don't feel that way and you have defense attorneys who are arguing to waive that fee," Mankarious says. "It's been trending for about two years. Those donations have decreased exponentially. We're being cut by 50 percent, year after year."

For the first time in its Houston history, Crime Stoppers will have to raise money for their tip line rewards.

"It's very hard to be in this position right now," says Mankarious.

You can donate to Crime Stoppers on this website.

If you have a tip about an unsolved crime, call 713-222-TIPS or visit this page. You can also report a tip using their mobile app. Download "Crime Stoppers Houston" from the app store. It's free.

Don't miss our next town hall, Thursday, October 22 at 7 p.m., when we partner with Crime Stoppers to discuss how investigators are solving crime during the pandemic. Courtney Fischer, creator of our 13 Unsolved series, will host the panel. Panelists include Dave Ward, Houston Police Chief Art Acevedo, Rania Mankarious, and community victim advocates. That town hall will stream on ABC13.com, our news apps and apps like Hulu, Roku, Apple-TV, or wherever you stream your video.

Want more 13 Unsolved? Download the ABC13 news app or search ABC13 in your TV streaming device and search for 13 Unsolved