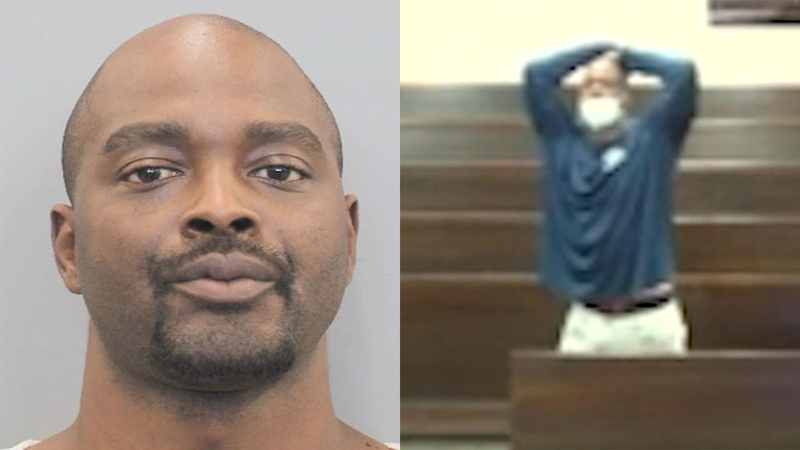 Kenneth Wayne Wesley, 39, is charged with serious bodily injury to a child.

The child was taken to Texas Children's Hospital by ambulance on March 31.

"While he was at the hospital, once he realized what the injuries were and that a detective was coming to interview him, he took off on foot and ran for almost a mile in the medical center before being caught," Sawtelle said. "You can take that as you want, but I think that's a pretty good indication of some level of guilt."

Court records show that doctors found the child had brain and eye bleeds, multiple skull fractures, and new and healing rib fractures. The infant died on April 4. Prosecutors said the child was in the care of his father for the last month of his life because the child's mother is in jail for her third DWI.

During probable cause court on Saturday, Wesley spoke several times and maintained his innocence.

"I did not hurt my son," Wesley told the judge, despite being told by the public defender not to speak. "He fell. I can't take nobody saying something about my son."

The 39-year-old looked visibly distressed during court. He was displeased about the $500,000 bond.

Both the defense attorney and prosecutor made the decision not to address bond during Wednesday's court hearing. Wesley has a blue warrant, which means he is accused of another crime while out on parole. He was convicted of sexually assaulting a 13-year-old and sentenced to 12 years.

Based on the findings in the autopsy, Sawtelle said Wesley's charges will be upgraded to either felony murder or capital murder.