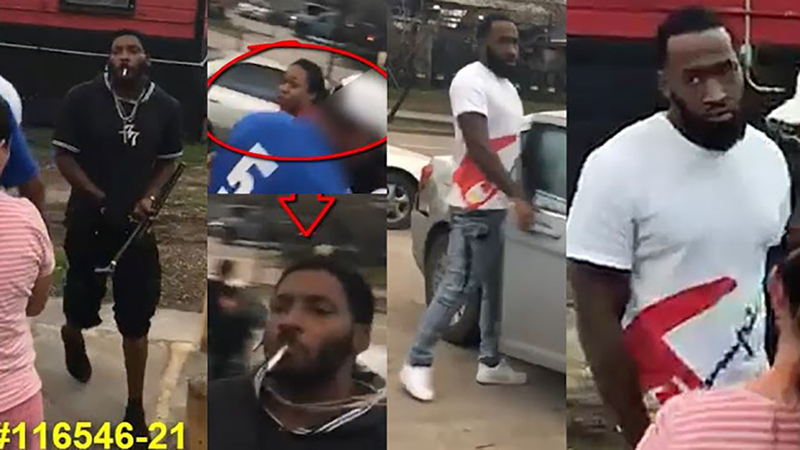 HOUSTON, Texas (KTRK) -- Houston police are asking for help in finding the suspects who robbed a family involved in a crash.

The incident happened on Jan. 25, at 5:30 p.m. in the 5300 block of N. Wayside. Police said the victim was teaching her 15-year-old daughter to drive when they were involved in a minor accident.

The woman told police that one of the men, who was wearing a white shirt, got out of the car and asked to handle the incident civilly due to him being impaired. The woman said she agreed to pay the man $700 since her daughter was at fault and called her brother to bring the money.

When the victim's brother arrived at the scene, the man in the white shirt said he wanted more money than what they had agreed on - that's when the argument began.

The second suspect, a man in a black shirt, got out of the car, grabbed a metal pipe and hit the woman's brother in the head, while the suspect in the white shirt took his wallet and phone.

As the woman's brother was being attacked, the suspect in the white shirt went through the victims' car.

During the incident, a third suspect, a woman who was with two other men, grabbed one of the female victims' phones before getting back in her car and fleeing the scene.

The two men also got into their Nissan Altima and fled.

No additional information was released about the victim, her daughter and her brother.

The third suspect is described as a Black woman between 30 to 35 years old and was wearing a red shirt.

The two suspected vehicles are a white Nissan Altima and a light-colored Toyota Camry.