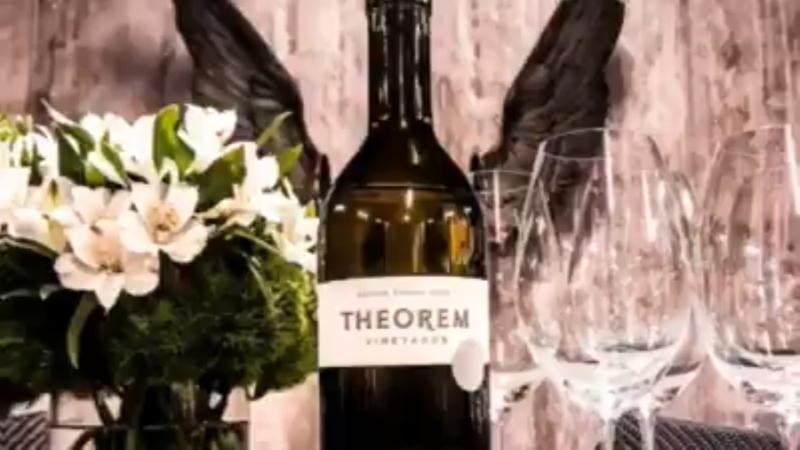 They say everything is bigger in Texas, and Houston couple Jason and Kisha Itkin wanted to live up to that mantra.

Theorem Vineyards is the culmination of a dream for this ambitious Houston couple, who are considered young to dive into the challenging world of wine making.

The Itkins have been developing their high-end winery in Napa for several years, and recently showed off their already highly rated wines to a few hundred Houston friends. They brought their wine and much more to the "Night in Napa" event held in their home near Memorial Park.

There are wines made in Texas, and then there are Texans who make wine. This is definitely a case of the latter.

To properly showcase the wine, the couple literally recreated their Napa vineyard in steamy Houston. Some 500 guests entered under the watchful eyes of moving, "living vines." Once inside, the trend of having normally still things come alive continued with models dressed like Grecian fountains.

Other over-the-top touches included a covered pool so guests could walk around and a live band. Even the winery's chef, Josh Mitchell, flew in from Napa to cook at the event.

If everything is bigger in Texas, the couple figured, then why not use the occasion to showcase their wines? After all, the California wine scene is saturated with people trying to make a mark. If you don't do things Texas-sized, you will get lost in the grapes.

Houstonians are accustomed to local chefs making it big on the national stage and local breweries gaining national interest, but there is still ample room to grow in the wine arena.

Theorem's main wine, named Voir Dire, is a nod to Jason Itkin's day job as an attorney. The winery's name, Theorem, as in math theory, is a nod to Kisha Itkin's background in engineering.

The Itkins are certainly not the only Houstonians to own wineries in California. But it is clear this young couple wants to make a mark and have their wines taken seriously. So far, they have garnered reviews in a number of wine magazines. There is potential for more, as the winery is just a few years old.
Report a correction or typo
Related topics:
businesshoustonwinewine industry
Copyright © 2022 KTRK-TV. All Rights Reserved.
TOP STORIES
Good Samaritan helps take down chase suspect in NW Harris County
Man accused of setting house fire to hide mother-in-law's murder
Fed expected to hike interest rates in effort to tame inflation
Two cold fronts this week
Conroe ISD teacher accused of improper relationship with student
HPD interviewing chase suspect about dad's death in Memorial area
Woman scammed out of earnings in latest scam targeting Uber drivers
Show More
Aldine ISD votes for no school on Fridays for next 3 weeks
San Jose becomes 1st in US to require gun liability insurance
Navy reports race to rescue F35 fighter jet from South China Sea
House Speaker Pelosi to run for reelection to Congress
Man denied heart transplant because he has not received COVID vaccine
More TOP STORIES News