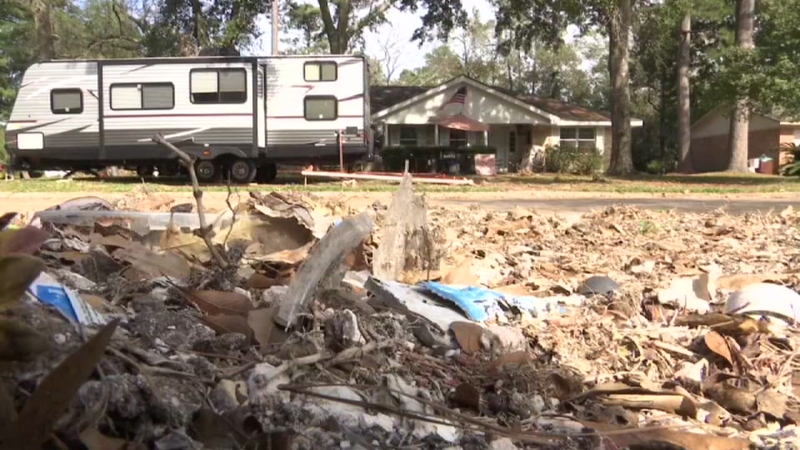 FEMA trailers not allowed in some neighborhoods

HOUSTON, Texas (KTRK) -- Houston is considering revising its temporary home ordinance that would allow Hurricane Harvey victims to put mobile units in front of their homes.

In some communities, you can find mobile units provided by the government.

But drive along Houston's Harvey impacted streets and won't see any.

"Unfortunately I don't," Houston resident Melissa Goodall said. "I'm sure there are plenty of neighborhoods around ours that could really use a trailer, but they're not allowed to get one."

Not allowed because of a city ordinance that was in place before August.

It doesn't allow neighbors to use the temporary homes.

Since then, she's made major progress on her home.

But she had to live in a rental property for months.

"In view of Harvey and the current housing demand, and considering how long it may take for dollars to flow from Washington to Austin to Houston, the administration is exploring all possible options to assist Houstonians with their housing needs. The decision regarding use of RV trailers and specific guidelines are currently under review."

Even if the city allows the change for a few months, Goodall believes it would make a difference.

"Make it six months, make it a year, get these people back to where they need to be so we can start rebuilding our lives," Goodall said.

Outside of Houston, FEMA said 6,958 are eligible for these temporary homes.

The agency said inspections need to take place to make sure they're safe to live in, which can take time.