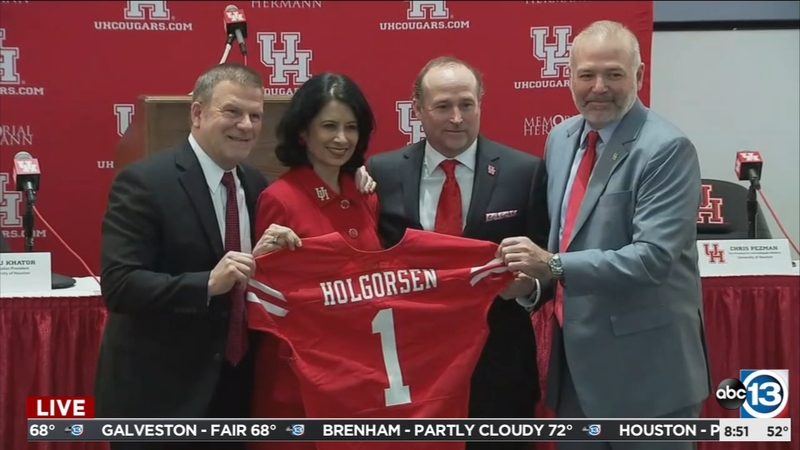 The six-year extension comes fresh off Houston's record-setting 2021 season. Holgorsen's third at the helm was highlighted by 11 consecutive victories, an appearance in The American Championship Game and a Birmingham Bowl victory against the Auburn Tigers.

"We're excited about where we are and the direction we're headed," Pezman said. "Getting Dana locked up for six years ahead of our conference transition was important for continuity. We look forward to our future with Dana at the helm."

Houston's 12-plus win season in 2021 was its third in program history. The Cougars were one of six teams nationally ranked inside the top 20 in both points per game (35.9) and opponent points per game (20.4).

"This is a long-term commitment," Holgorsen said. "I am extremely appreciative for the leadership and investment from Tilman Fertitta, Renu Khator and Chris Pezman. I can't tell you how excited I am to be at the University of Houston for the foreseeable future."

Throughout his career, Holgorsen has tutored 22 All-Americans, 11 national award winners and 14 national award finalists. In his three seasons at Houston, four Cougars have been selected in the NFL Draft including one first-round pick.