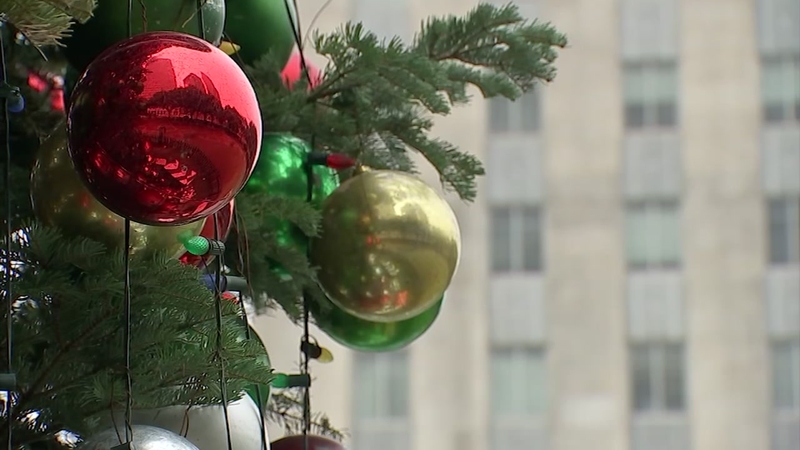 HOUSTON, Texas (KTRK) -- It's been a long - and sometimes tough - year for the people who run the city of Houston. As we looked back, our investigative team thinks there are a few things we know they would love to find under their tree.

We start with a Houston-shaped bleep censor button for usually monotone, low-volume, low-stress council meetings. This year when frustrations boiled over, the fictional Houston City Council swear jar started filling up. ABC13 Investigates was there several times (most often surrounding nerve-fraying Harvey recovery) as council members swore at each other over the slow pace of recovery.

Which ironically, brings us to the second gift.

Late this year, the city revealed numerous contracts were lost when Hurricane Harvey flooded Houston City Hall. At one point city officials said they didn't even have a list of when the flooded contracts expired.

"The paperwork and the documents were stored in our basement and were lost in the storm," he said. "This is 2017. We don't have a mechanism to keep contracts on file electronically?"

To that comment, Councilman Mike Kubosh offered, "I put stuff on a Google Calendar."

In our tongue-in-cheek gift giving, we'd like to offer a waterproof Google Calendar - problem solved.

Among the lost documents were key pieces of the mayor's long-sought recycling deal. Along the way the mayor lamented, "every time we talk trash it gets messy."

RELATED: ABC13 Investigates Houston Recycling
And that has to include the recent week-long delay as the city controller dealt with the impact of the loss. The disappearance of the documents was just the latest hurdle for the plan, and so this year, we are giving the city a red ruby covered recycling can. Just like Dorothy's slippers from the "Wizard of Oz," clicking the lid on our mystical receptacle will magically push the contract through City Hall. Judging by recent history it's as plausible a path to passage as anything else.

And as we close out our investigative Christmas list, we pause just a second for a New Year's wish. Houston leaders hosted both the Super Bowl and the World Series this year, managing a usually stellar Harvey response in between.

If we had one wish for Houston's leadership, it would be that 2018 brings them just as much celebration without any of the devastation.

They deserve it and so do we all.

Merry Christmas and have a Happy New Year!