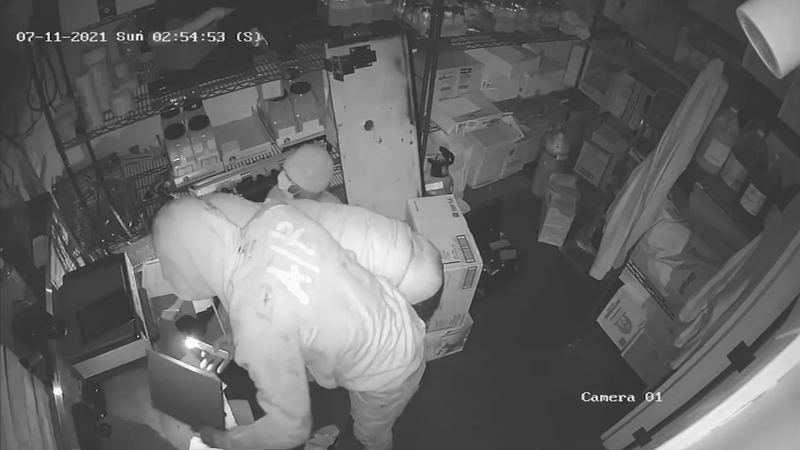 Crooks who couldn't rob cashless business ran off with this instead

HOUSTON, Texas (KTRK) -- If burglars were looking for cash at a popular hot chicken restaurant in the Heights, they were not going to find it early Sunday morning.

In fact, signs outside and on the door alert customers that only cards are accepted as payment. It's a decision Frydenlund and his wife made when they were just a food truck.

"We decided back then we were not going to be another food truck getting robbed," said Frydenlund. "So, ever since then, we've been cashless and it's been great."

So when the crooks rummaged through their office, as seen on surveillance video, they found no money. Instead, they stole a laptop, an iPad, and 15 cases of lemonade.

"We know our lemonade is very popular, but we were surprised to see that was the target," Frydenlund said, who estimates the loss at a couple of thousand dollars.

Video shows the burglars breaking a window to get in.

Owning a small business is hard enough, and Frydenlund is disappointed crooks make it harder. At least, he said, they have felt love from their customers.

"We had our most busy night ever. So, we felt the community is supporting us and we're really thankful for that," said Frydenlund.