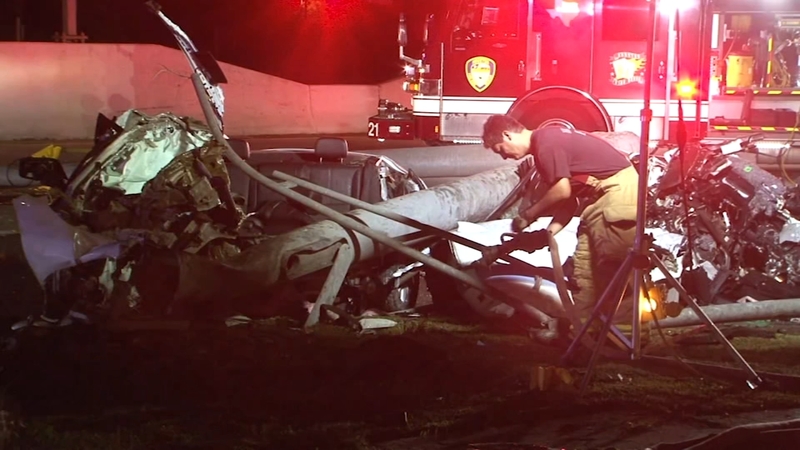 A Chevrolet Impala was northbound at a high rate of speed when it struck a slower moving vehicle that was also northbound, authorities said. The impact of the crash sent the second vehicle into a spin and into light poles.

The light poles came down on top of the car, which split it into two.

Two people inside were pulled from the car and taken to a hospital in critical condition.

The driver who caused the crash fled the scene.