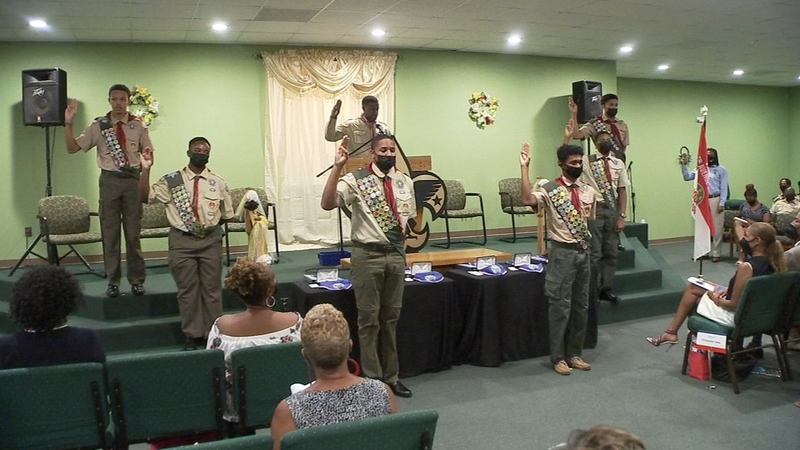 HOUSTON, Texas (KTRK) -- A group of Houston Boy Scouts are walking with new badges of honor after earning the promotion of a lifetime for their years of service.

The eight boys and their families said the youngsters have committed time and effort into their former troop, 242, for nearly all their life. And now, they're seeing benefits from the hard work.

Adrien Prouty is the first female Eagle Scout in the Bay Area Council, but she's not done yet! Her motto is "Girls are Eagles" and she's paving the way for girls and young women across the country!

This Eagle Scout troop is especially significant thanks to its founder, Rev. Bill Lawson.

"I wanted to be a cartoonist" Instead, Reverend Bill Lawson became Houston's Pastor. "Lawson's Legacy" has candid, never-heard-before stories of his life's journey including peacefully integrating Houston, tireless community outreach, and how a letter written on a dare led to the love of his life.

Lawson was said to have established the group after he was rejected from a troop in his hometown of Kansas City because of the color of his skin.