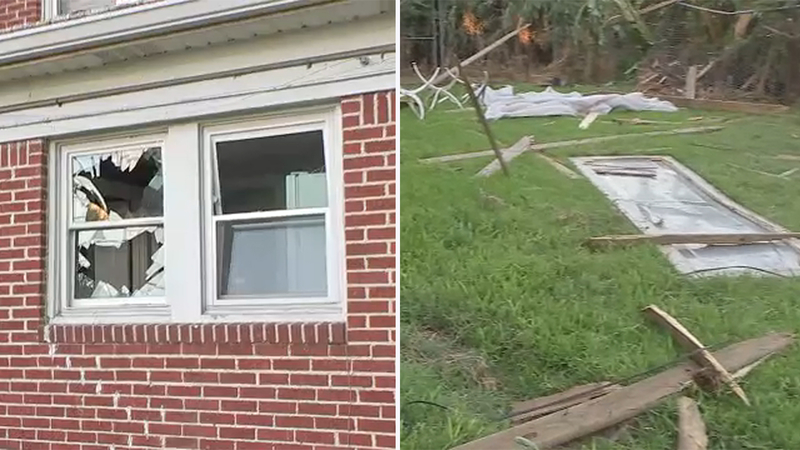 Bar 5015 exploded just before 5 a.m., and authorities are still investigating exactly what caused it.

ABC13 reporter T.J. Parker talked to the owner of a home on Wichita Street that shares a fence with Bar 5015.

The homeowners were asleep at the time of the explosion, but they woke up to the sound of the loud boom.

The windows on the back side of the home shattered, and their yard is littered with debris from the explosion.

Fortunately, no one inside the home was hurt.

"At that point I thought the walls were going to collapse in," one neighbor said. "I didn't know what happened until I got in the back yard. That's when I called 911 and told them, 'I think something has exploded.'"

"I just heard a boom and it sounded like something was falling on us," another neighbor said. "There's a lot of damage to the home but everybody's safe, busted windows."

Neighbors reported an immediate power outage, and video from the scene shows tangled power lines around the site of the explosion.

Houston police tweeted that fortunately, there are no reported injuries.

HPD Commanders and PIO on scene of a building explosion at 5015 Almeda. No reports of injuries at this time. Media are asked to stage near the parking lot of the Family Dollar at the corner of Almed a Road and Southmore. #HouNewa pic.twitter.com/JVg1TrJAWv