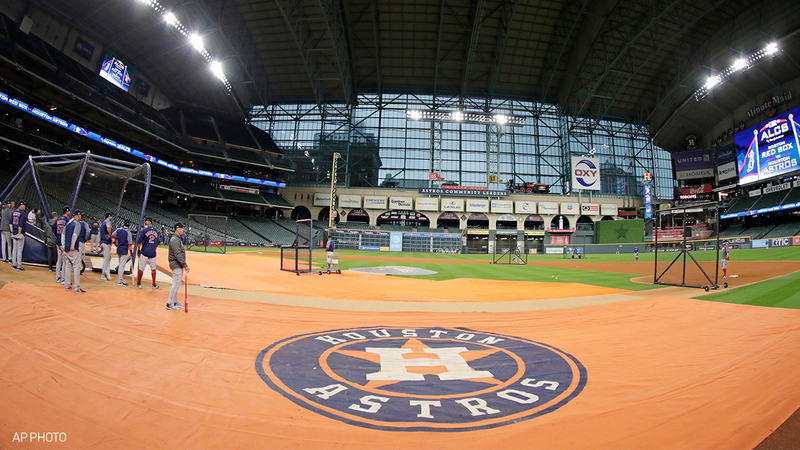 HOUSTON, Texas (KTRK) -- The Houston Astros will begin their 2020 shortened season at home against the Seattle Mariners on July 24.

Major League Baseball delayed the start of their season due to concerns over COVID-19.

After playing Seattle in the season opener, the Astros take on the Los Angeles Dodgers.

Following the first home stand, Houston will embark on a 10-day, nine-game road trip, during which the club will visit the Los Angeles Angels, Arizona Diamondbacks and Oakland A's.

Following this trip, Houston will return to Minute Maid Park for an eight-game home stand vs. the San Francisco Giants, Seattle Mariners and Colorado Rockies.

The Astros second road trip of the season will be a brief, five-game jaunt to Colorado and San Diego, which will be followed by the longest home stand of the season, a 10-game stand vs. the Angels, Athletics and Rangers.

Houston will then hit the road again for a nine-game trip, visiting the Angels, Athletics and Dodgers. The Astros final home stand of the regular season will be a six-game stand consisting of three games vs. both the Rangers and D-backs.