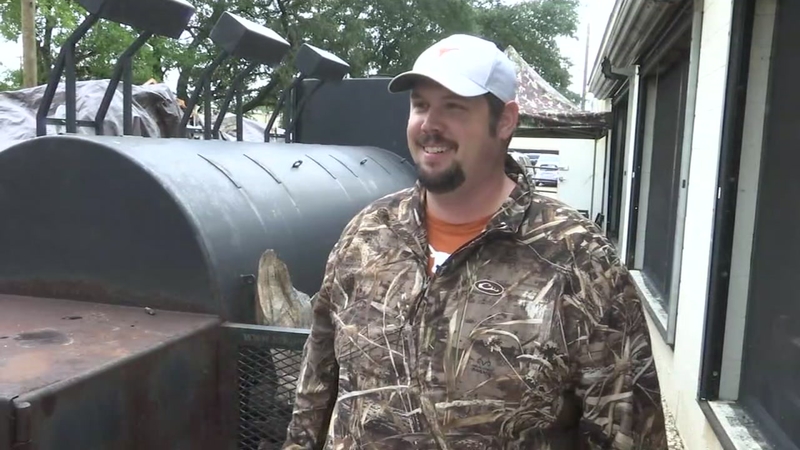 HOUSTON, Texas (KTRK) -- A Houston barbecue restaurant is coming to the defense of the Houston Astros fan caught up in a whirlwind of controversy that is going beyond the ballpark.

'NOT HIS FAULT' Family concerned for Astros fan's safety

Troy Caldwell is one of the fans seen reaching for a ball hit by Jose Altuve Wednesday night as it whizzes toward the stands.

The ball went out of play as Red Sox outfielder Mookie Betts reached for it, but umpire Joe West called fan interference.

Since that moment, Caldwell's family says they have received hateful messages on social media.

Caldwell even changed his clothes after the play in hopes of keeping angry fans at the game at bay.

But Pinkerton's Barbecue on Airline Drive is also coming to his defense.


Before the game was even over, they tweeted that everyone at the game should "BUY THIS GUY A BEER. Did absolutely nothing wrong except be a fan! BBQ on us Troy Caldwell... hopefully this message makes it to him."

Caldwell lives in Atlanta and has since returned home, so no word if that barbecue will actually make it to him.

This isn't the first time that complete strangers and even businesses have rushed to the defense of an Astros fan.

Eight-year-old Chloe Beaver was caught in a viral video being scolded by another Astros fan for cheering at a recent game.

Astros pitcher Lance McCullers Jr. was among the first players to show support for the girl. He offered her family tickets to game 1 of the AL Division Series. Academy Sports + Outdoors also offered her gear, while fans nationwide shared words of encouragement and told her to keep cheering.