FROM THE MOUTHS OF BABES: Kids make big predictions about Astros in Game 4 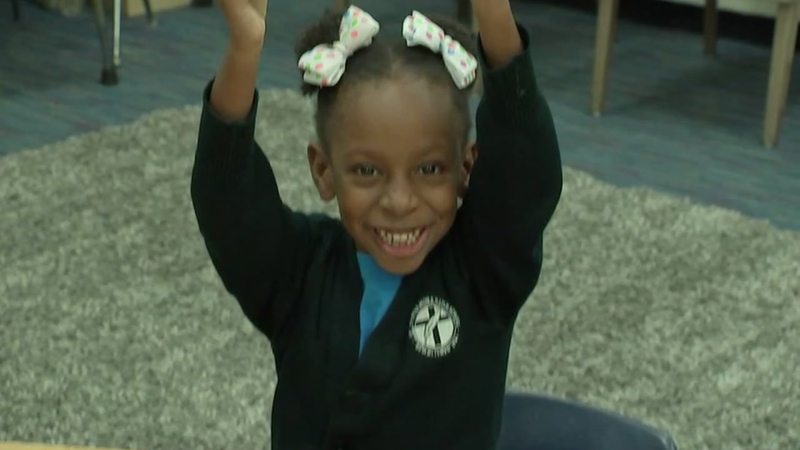 HOUSTON, Texas (KTRK) -- When the Astros hit the field tonight looking to bounce back from their game 3 loss in the ALCS, they'll have even the tiniest of fans rooting for them.

That could be thanks in part to their preschool teacher. These kids also have some game predictions to match their enthusiasm.

Annemarie Howard is a season ticket holder who became a teacher at St. Thomas More Preschool in southwest Houston, so you can probably guess her lesson plan.

"The kids, they love learning about the Astros. They love singing the 'Let's Go, Astros' cheer. They love seeing pictures of the Astros and they ask me, 'Oh, who are they playing today?'" Howard said.

A preschool teacher in southwest Houston is teaching her students it's never too early to be an Astros fan.

Howard was once in their tiny shoes. She went to her very first Astros game inside the Astrodome and has continued following her team ever since.

She will be in the stands tonight, cheering the team to victory and no matter what happens inside Minute Maid Park, Howard says it's never too early to teach your kids the important stuff.

"Oh, raising them right, definitely. They are so excited about the Astros. No one is too young to become an Astros fan," Howard explained.

Howard's students also have minds of their own when it comes to game predictions and how many home runs the Astros will blast in tonight's game 4.

"The Astros got 11 points and the other one gets 2," another added.

Even when these kids aren't hearing about the Astros in the classroom, some say they're learning plenty about the team at home from both mom and dad.

"Mostly my mom because when she is, like, watching the game, and then she says... I heard her like screaming, like 'Yeaahhh!' said kindergartner Jordan Harris.

Another student says the 'Stros will defeat the Boston Red Sox 9 to 5.

First pitch is at 7:39 p.m. That may not be quite past bedtime, but if they do have to hit the sack, they'll likely be eager to see how spot-on their predictions were when they wake up.

GETTING THERE: Best ways to save money on parking and getting to Astros games